Femenia ready to be versatile ahead of run-in 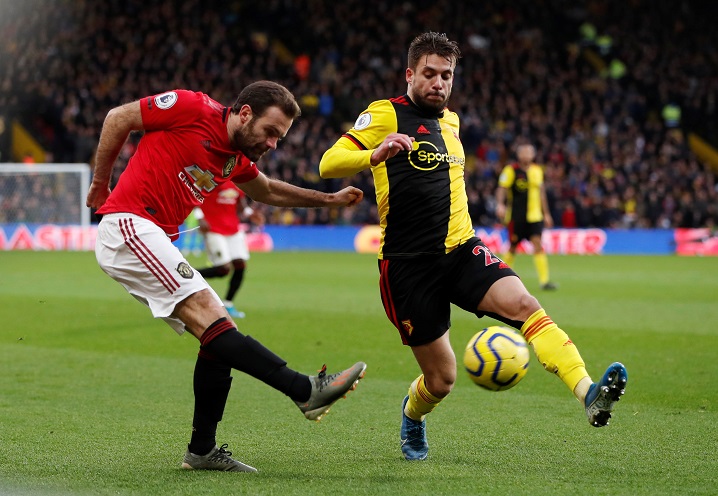 Watford defender Kiko Femenia says he is happy to be back in full training and will play wherever he is asked to help the club survive.

The Spaniard was in the middle of a fine run of form for the Hornets prior to the hamstring injury that has kept him out of action since New Year’s Day.

Usually a right-back, the 29-year-old was being deployed on the left side by new head coach Nigel Pearson and played in their four-match unbeaten run starting with the 2-0 home defeat of Manchester United on December 22.

However, against Wolves on New Year’s Day, the full-back was forced off on the hour mark after injuring himself and he was replaced by natural left-back Jose Holebas.

Now though, he has now returned to training with the first time and will aim to play a key role in Watford’s quest for survival.

And, Femenia says he is thrilled to be back in action and will do whatever he can to ensure the club avoid relegation to the Championship having been a Premier League team since 2015.

“I think an injury is the worst thing for a player, but I’m better now, 100 per cent recovered. I’m back with the team and so I’m happy,” he told the club’s official website.

“I feel very comfortable as left-back but I’m not overly bothered which side I play on,” he added. “I just need to be prepared for wherever the gaffer sees me fit to play. I will try to give my all.”

Femenia has made 18 appearances for Watford this season as the Hornet sit 19th after 26 games.

They have just embarked on their winter break following last weekend’s 1-1 draw away at fellow strugglers Brighton.

Their next assignment is a trip to Old Trafford on Sunday to face United and the former Alaves defender will hope to be back available for the contest.

Following the weekend’s results, Watford are only one point off safety, with Pearson hoping to replicate his heroics at Leicester in 2015.