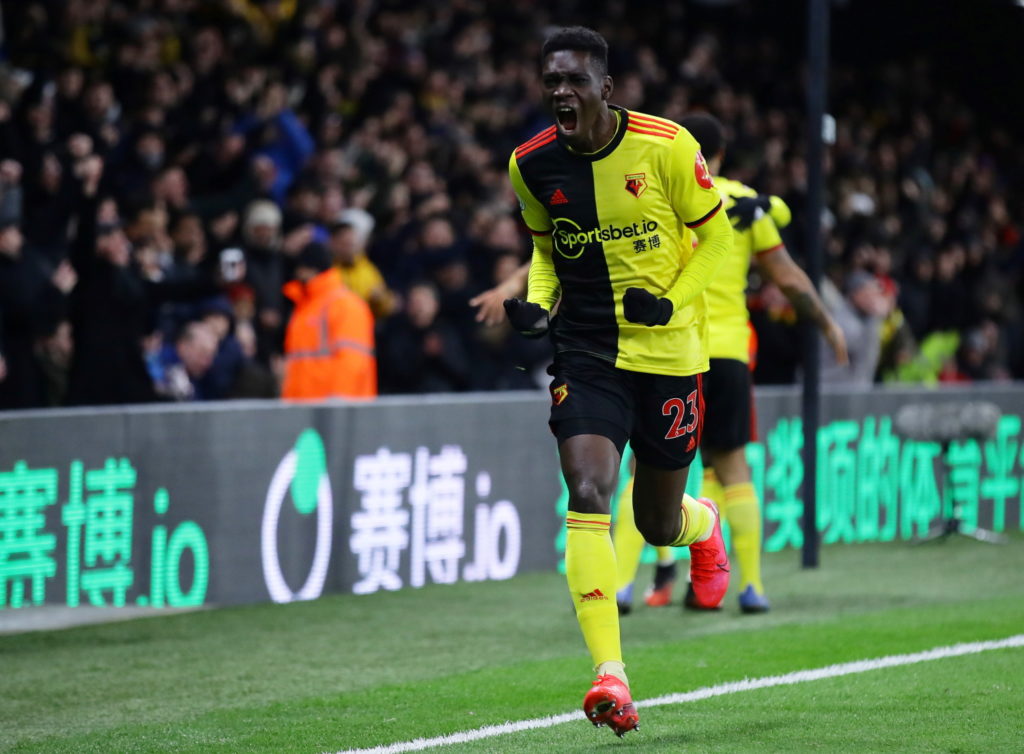 Ismaila Sarr has been backed by Watford manager Nigel Pearson to make a positive impact on the club's bid to avoid relegation from the Premier League.

The Senegal international scored twice and set up Troy Deeney as the Hornets brought Liverpool’s 44-match unbeaten league streak to an end in a 3-0 win at Vicarage Road in the last round of fixtures.

Sarr made his first start since being sidelined through injury in January against Jurgen Klopp’s side.

Pearson said: “Clearly he’s a player that has had an impact coming back into the side, and a very telling one too; I think he’s going to be important for us.

“I think he’s a player with lots of potential, but he’s one of our players and his responsibility will be – I’m very reluctant to put too much emphasis on one player, but I also have to recognise that his qualities give us something very different.

“So if we can keep him fit and reproduce the type of form that he has been producing, then I think that it would be obviously that we have a player who’s a real match winner and that’s very, very important for us.”

Sarr joined the Hornets from French side Rennes in the summer for a reported club-record fee of £25million on a five-year deal but had a limited impact, scoring just four goals prior to last weekend’s win.

Pearson added that Sarr still has a lot to learn in the game at the relatively tender age of 22, but claims that his ability and physical attributes should ensure that he has a “very good career” at Vicarage Road.

Sarr could help the Hornets move three points clear of the relegation places if they can pick up a vital win against Crystal Palace at Selhust Park on Saturday afternoon.