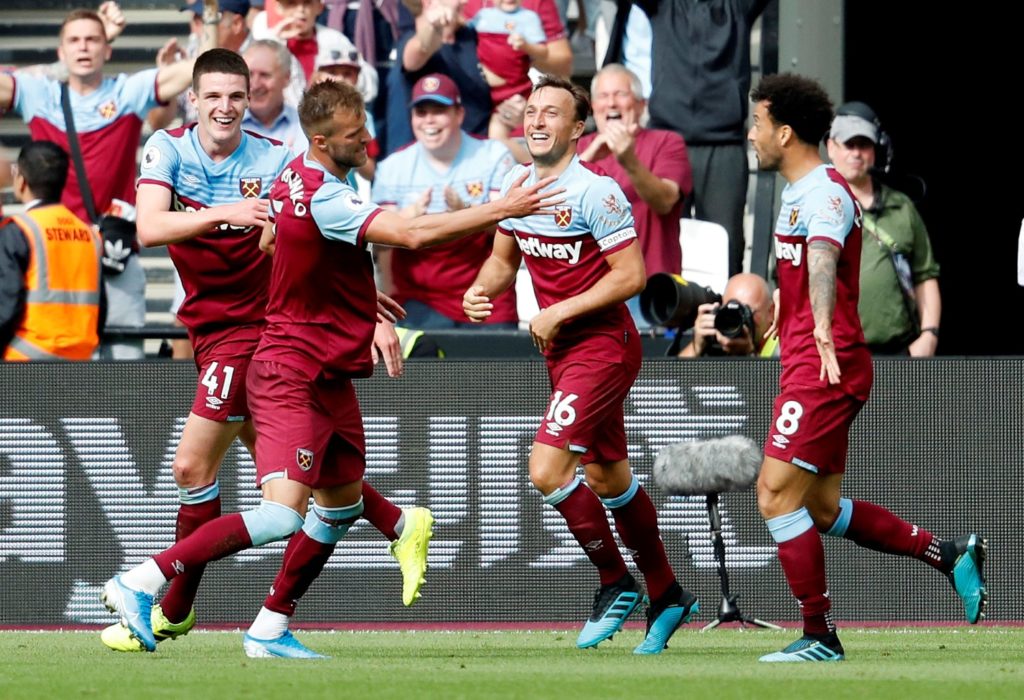 All elite level football in Britain has been suspended until at least April 3 in response to the coronavirus pandemic.

It seems unlikely the Premier League will be able to resume early next month as the scale of the problem has yet to be fully realised.

There are a few options available to the Premier League and some have suggested the remaining games could be played behind closed doors, but Noble feels that idea is misguided.

“There was some talk about playing games behind closed doors but, for all of us players, this great game of ours is first and foremost for the fans and if you’re not there, to create the special atmosphere, then you lose too much,” he told the club website.

“What makes football so special is the supporters’ involvement and it wouldn’t be right to me if you are not there with us.

“So, please follow the Government advice, put you and your loved ones’ health before anything else and do not take any unnecessary risks, and we can all return to football at the right time for everyone.”

West Ham vice-chairman Karren Brady has suggested one very real possibility is simply voiding the current campaign, meaning every team would start next season in the division they were in this year. Such a move would see Liverpool miss out on the title and no teams relegated.

Writing in her column for The Sun, she said: “There is no dodging the possibility that all levels in the EFL as well as the Premier League will have to be cancelled and this season declared null and void because if the players can’t play the games can’t go ahead.”

She added: “As games in both the PL and in the EFL are affected, the only fair and reasonable thing to do is declare the whole season null and void.”

West Ham sit in 16th spot in the Premier League table and only a superior goal difference separates them from Bournemouth in 18th, the final relegation place.

If the season does resume as planned next month, the Hammers will return to action with a home game against Chelsea on April 5.