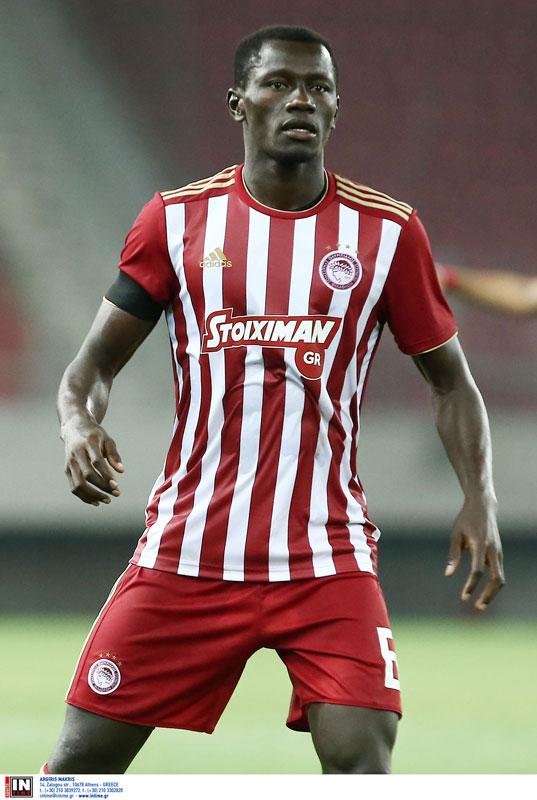 Wolves are being tipped to compete for the summer signature of Olympiakos midfielder Mady Camara after he shone against Wanderers in the Europa League.

Camara has played a key role in Olympiakos’ march to the last 16 of the competition and the two-legged tie with Wolves that was tantalisingly poised at 1-1 after the first leg before the season was suspended.

The 23-year-old midfielder impressed against Arsenal as the Pireus club ousted the Gunners in the previous round and was instantly linked with a £5million summer switch to Arsenal.

But with the Gunners’ hopes of re-entering European competition fading and Wolves still set to fight it out for a Champions League place when the campaign resumes, Nuno Espirito Santo’s men look a more attractive destination.

Pagenews.gr state Wolves were convinced of Camara’s ability after close examination of his matches prior to the first leg in Greece in which they witnessed his talent at first hand.

The Guinean international played the through ball which led to Olympiakos’ goal against Nuno’s side as he found Guilherme’s perfectly-timed run before the Brazilian fed in a cross that bypassed Rui Patricio, leaving Youssef El-Arabi with an empty net to tap into.

It has long been expected that Camara will move to a bigger league in the near future and he was linked to Newcastle last season after impressing against Burnley in the Europa League.

It was probably too soon for him to leave Olympiakos last summer, only one year after moving from Ligue 2 Ajaccio, but the time could be right for a transfer in the next window.

Camara has gained a wealth of experience over the course of a season in which he has played in six Champions League qualifiers, five group-stage games and three Europa League clashes, with the return leg at Molineux to be re-arranged.