No extra Atletico pressure for Simeone 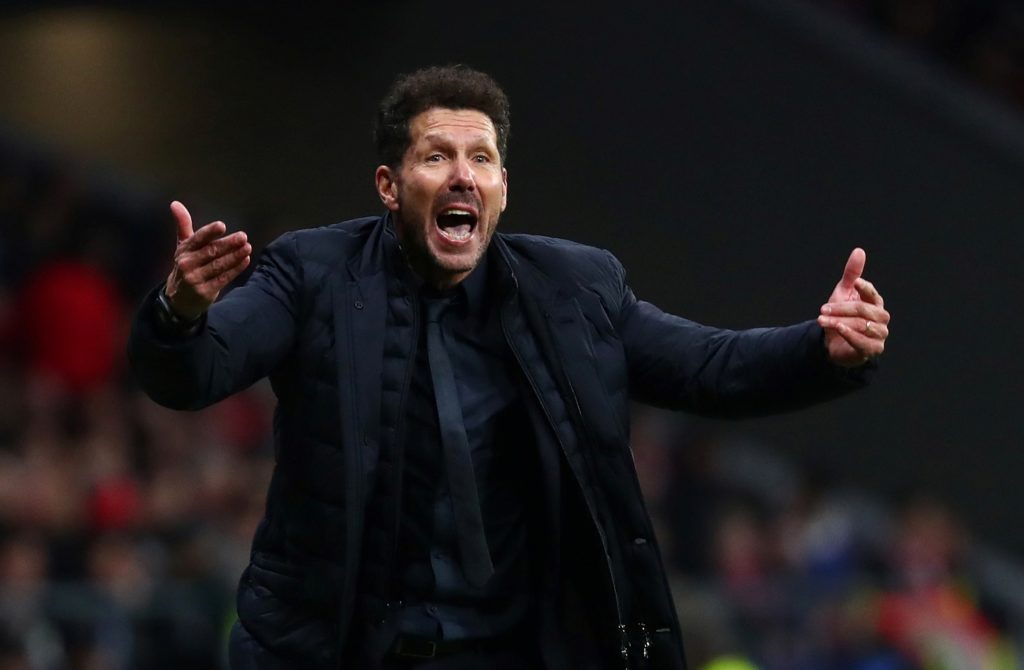 Atletico produced a trademark Simeone-inspired performance in last month’s opening tie as Saul Niguez’s scrambled goal after just four minutes proved to be enough at the Metropolitano as they battled to a 1-0 victory.

Much was made after the game of the Reds’ inability to break down Los Colchoneros’ stubborn defence and a similar blueprint is expected to be followed on Merseyside.

Despite their excellence in Europe, Simeone’s side have struggled for consistency domestically as they start the weekend fifth in La Liga and in danger of missing out on a Champions League spot.

Therefore, staying in Europe’s premier club competition as long as possible would offer them a further avenue into next season’s tournament if they can take the title.

Simeone’s future remains uncertain, with him continuously linked with moves elsewhere after eight years in charge and having twice lost in the final, winning the Champions League this term may persuade him that he has done as much as possible for the club.

However, first Atletico have to get past holders Liverpool, who will be hoping for another special night at Anfield having produced miraculous performances against the likes of Manchester City and Barcelona in the last two seasons.

Simeone’s team are unlikely to provide as much freedom as the Citizens and Barca but despite being expected to put in another stellar showing against Liverpool, the Argentine says they are relaxed about their task.

“We don’t feel pressure,” he told reporters. “We are excited.

“We have a football week in which one prepares to look for important goals.”