Simeone to stick to game plan ahead of Liverpool showdown 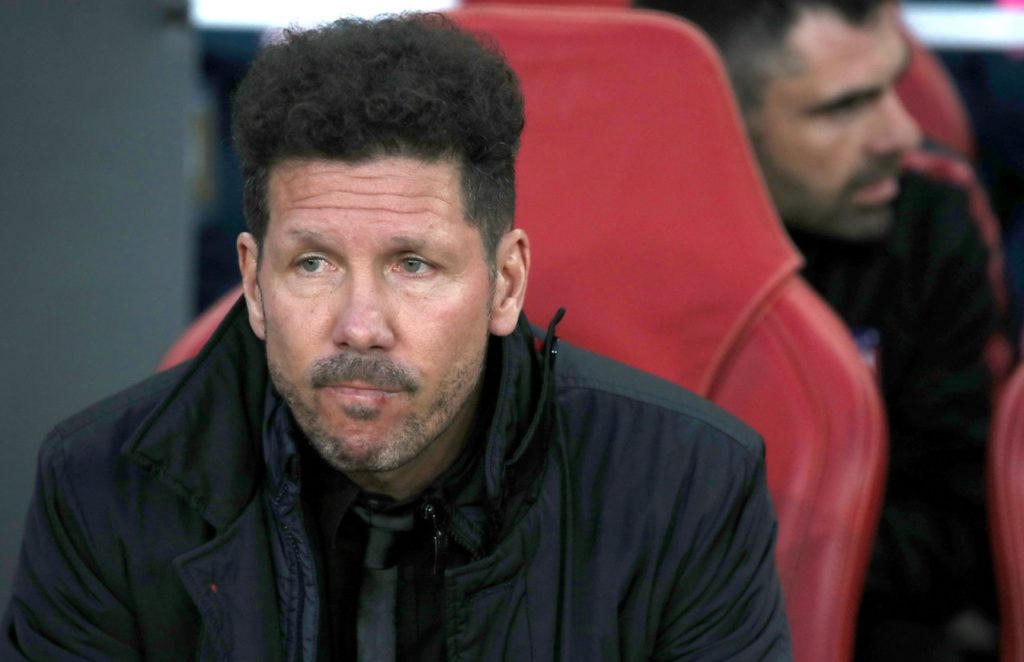 Atletico Madrid boss Diego Simeone says Liverpool will know what to expect from his side as they seek to defend a 1-0 advantage at Anfield on Wednesday.

A home win three weeks ago in their Champions League last-16 first leg gives the La Liga outfit something to hang on to and throughout his career as a coach, Simeone has produced sides which are masters at defensive resilience.

The former midfielder says there won’t be too many surprises from his side on Wednesday night under the lights at Anfield and they will be looking to put in a dogged and determined performance to get through to the quarter-finals of the competition.

“I think it is one of our qualities; it is a very solid quality we have,” said the Argentinian. “If I tell you my plans for the game it wouldn’t be logical. I think they (Liverpool) know how we will play after eight years of being here. We have to keep what we can during the game. Some managers will say ‘we are going to get forward’. That would be a nice pleasant dream.

“But all the thoughts I have before a game it is down to how much you are motivated on the field.”

There is a minor fitness doubt ahead of the trip to the Premier League champions-elect over former Real Madrid and on-loan Chelsea striker Alvaro Morata but Simeone is confident the forward will be ready.

“We will look at him in training and we will see how he is then,” he added.

Morata and Thomas Lemar are Atleti’s only injury concerns ahead of Wednesday’s game with Renan Lodi and Kieran Trippier recently returning to action after lengthy spells on the sidelines.