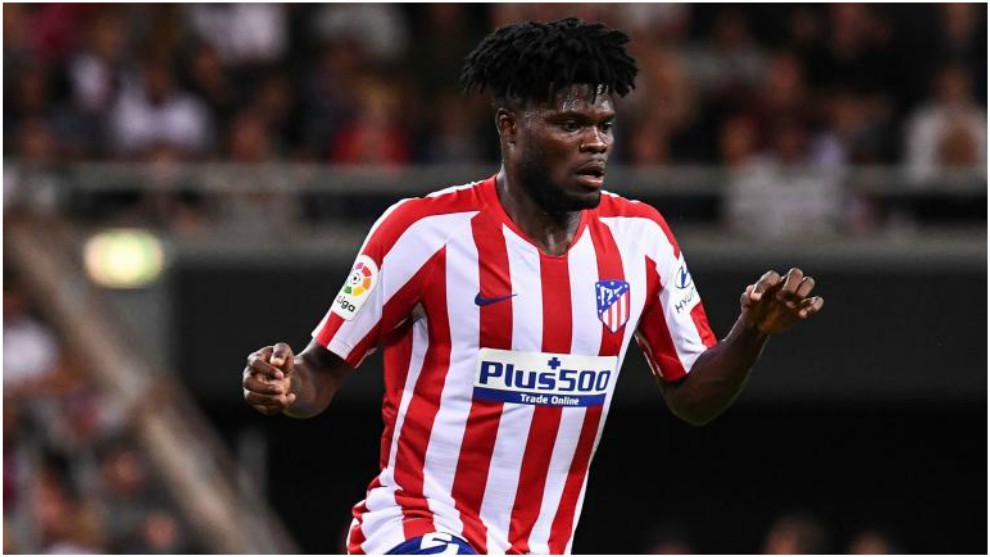 Arsenal are stepping up their interest in Atletico Madrid midfielder Thomas Partey and could be ready to offer £45million in the summer window.

The defensive midfielder has been heavily linked with a move to the Gunners in the past, but there is no sign of the rumours going away. In fact they are reaching fever pitch following another impressive display as Atleti sent Liverpool packing in the Champions League in midweek.

Partey is certainly no one-season wonder and has been a consistent performer in the Atletico midfield since arriving at the club in 2015, making more than 150 appearances in the process.

Gunners boss Mikel Arteta will partake in a huge overhaul of his Arsenal squad during the summer and a top quality defensive midfielder is known to be high on his list of targets.

The Nigeria international certainly fits into that bracket and the latest reports are claiming that Arteta has ordered the powers that be at the Emirates Stadium to do all they can to get him on board, and should meet Atletico’s asking price.

That is reported to stand at £45million and could turn out to be a snip in today’s market. The La Liga side would be asking for much more, but a release clause in his deal would allow him to leave for the bargain figure.

Just a price is likely to spark a scramble for his services, with other clubs expected to enter the running if he becomes available.

One thing going against Arsenal will be the fact they will not be able to offer him Champions League football next season.