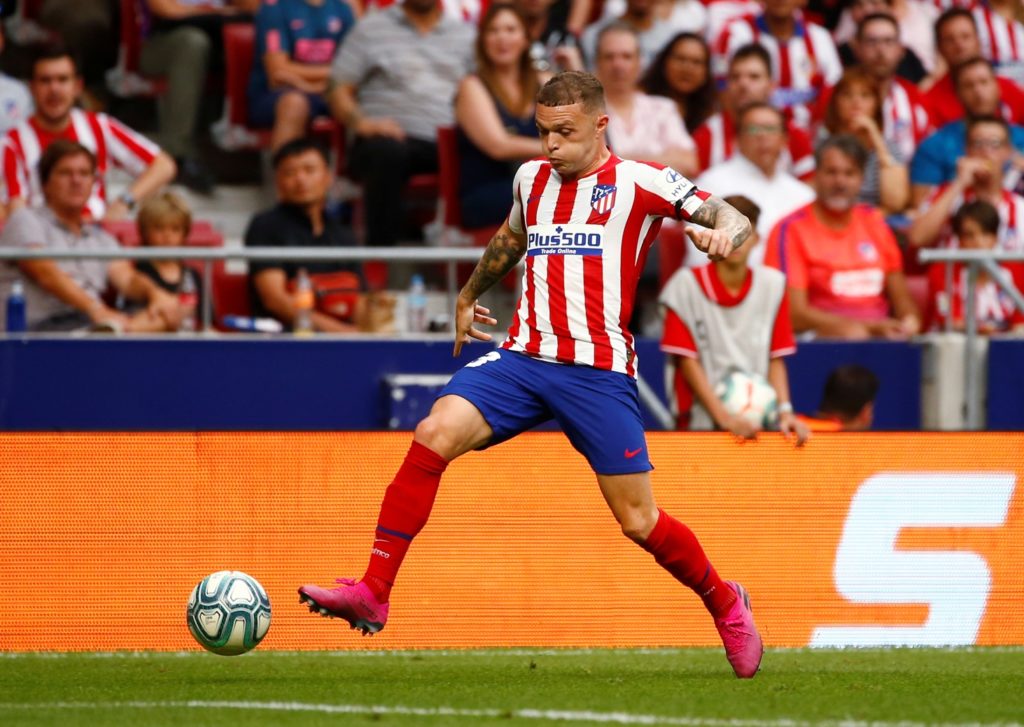 Kieran Trippier has hit back at Atletico Madrid’s critics after his side dumped Liverpool out of the Champions League.

Los Colchoneros claimed a 4-2 aggregate victory over the Reds to knock out the holders and secure a place in the quarter-finals.

Some praised Diego Simeone’s men for producing a defensive master class, but others – including Liverpool manager Jurgen Klopp – hit out at what they perceived as a negative approach.

“If you go there and go toe-to-toe with Liverpool, you’re going to get beat 6-0. I don’t know what people expect,” Trippier told the Daily Mirror.

“You see pundits complaining because we did defend, but did they expect us to go there and play attacking football, especially with Liverpool playing the way that they’re playing at the moment? You need to go there with a plan and we did that.

“We did have to defend, but the most important thing is that we got the win.”

The Champions League, along with all football in Europe, has been suspended due to the coronavirus pandemic and it remains to be seen when the tournament will be able to resume.

Europe’s governing body UEFA have postponed Euro 2020 until next year and that may allow Europe’s top competition and the Europa League to reach a conclusion over the summer, as well as the domestic leagues.

Paris Saint-Germain, Atalanta and RB Leipzig have also reached the last eight, with four other last-16 ties still to be decided.