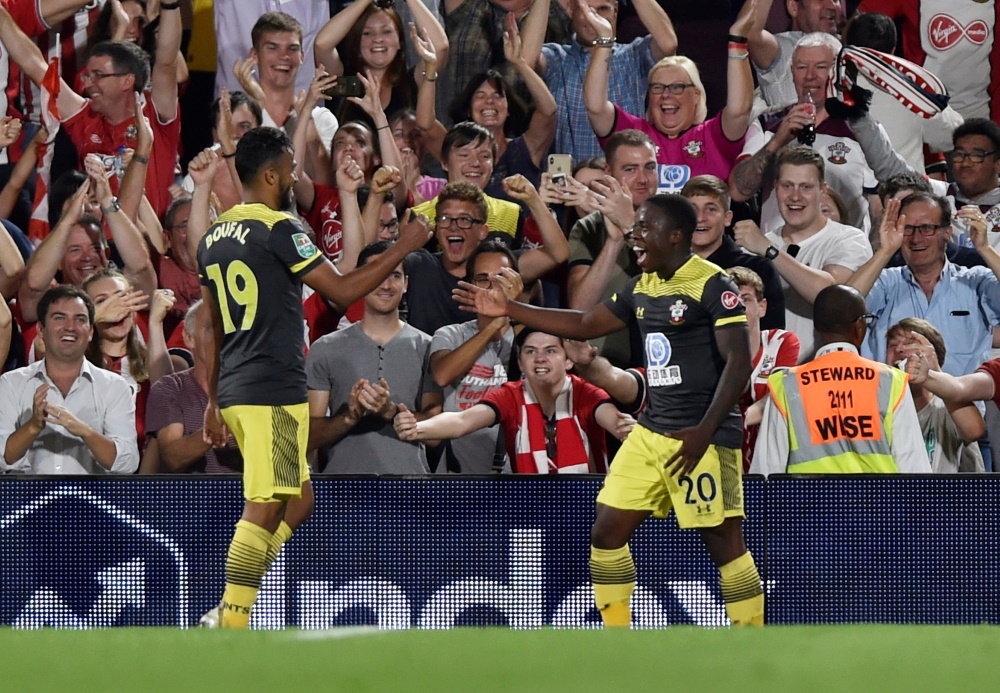 Southampton forward Michael Obafemi says he’s still coming to terms with what it means to be a professional footballer in a bid to have a long-term career.

At just the tender age of 19, Obafemi has already impressed in the Premier League and was the first player to be born in the 2000s to earn a senior cap for the Republic of Ireland.

The Dublin-born striker was warned by manager Ralph Hassenhuttl at the end of last year regarding his attitude at St Mary’s.

Obafemi has admitted he is still learning the ropes and what it means to be a professional footballer but he is now willing to make the sacrifices needed to have longevity in the game.

“Being professional is something that has to be done,” he was quoted by the Irish Independent saying. “I know I’m still young and that I have to get that right if I want to stay here. As well as that, the injuries that I’ve had in the past have been a learning curve for me because it was a difficult time. But now I’m fit and healthy and am always raring to go.”

Obafemi added: “There are a lot of pressures that come with it and a lot of sacrifices that have to be made,” he said. “I had to move away from home, so not seeing my friends and family is a big factor. But it’s what you’ve got to do if you want to make it as a professional.”

Injuries have hampered the youngster’s form this season as he suffered a hamstring injury against Huddersfield Town in December that saw him ruled until February.

While the Coronavirus crisis continues, Obafemi and all players will have time to take stock of their position in the game and the improvements they need to make before the hopeful return to action in the coming weeks.