Coaches fired with their teams at the top 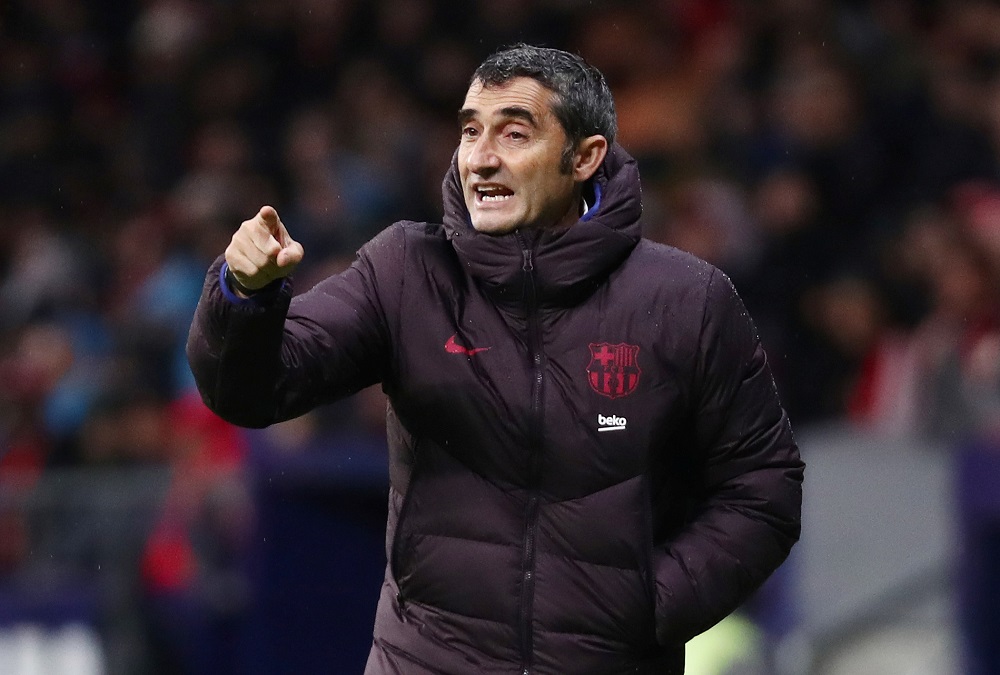 Ernesto Valverde was sacked as Barcelona boss earlier this week but he is not the only manager to lose his job with his side topping the domestic standings.

It is fair to say that Valverde enjoyed domestic dominance during his time in charge of Barcelona, as he won the La Liga title in both his full seasons at the helm, as well as claiming Copa del Rey glory in 2018.

The 55-year-old had also led the Blaugrana to the top of the standings this season, all be it only on goal difference from Real Madrid, while he also steered Barca through a tough-looking Champions League group that included Borussia Dortmund and Inter Milan.

However, the brand of football Valverde introduced at the Camp Nou was not conducive to what the club or their supporters expect, given this is a team that got used to Pep Guardiola’s highly acclaimed tiki-taka style.

Indeed, it was believed Valverde was getting better results than the team’s performances deserved, with Barca relying on the individual brilliance of the likes of Lionel Messi, Luis Suarez and goalkeeper Marc-Andre ter Stegen rather than any specific help from their coach.

Quique Setien has been the man brought in to replace Valverde and improve Barca’s style of play, while maintaining good results, but the Catalans may need to take note, as changing your manager when you are on top does not always work, as these three examples will show.

Since 1980, only three managers have lost their job across Europe’s big five leagues when they had their team sitting top of the standings.

The most recent of those was Kombouare, who was in charge of PSG at the start of their Qatari adventure and had the club sitting top of the standings in December 2011 and looking well placed to win their first title since 1994.

However, with the powers at be wanting to bring in a higher-profile boss, Kombouare was relieved of his duties over the festive period, with Carlo Ancelotti replacing him.

That decision initially backfired, however, as PSG ended up relinquishing top spot and were pipped to the Ligue 1 title by Montpellier, although it could be argued that Ancelotti’s appointment was eventually vindicated, as the Italian went on to win the championship the following season.

It’s not often a former Luton player rocks up at Real Madrid, but that’s exactly what happened when Serbian Antic was appointed as Los Blancos manager in March 1991.

After guiding Real to a third-place finish during the 1990-91 season, Antic appeared to have the Madrid giants well placed to win the title the following season, as they sat top of the standings, three points clear of Barca.

However, in a similar case to that of Valverde, Antic was sacked in January 1992, as the club were not happy with the brand of football he was providing.

Dutch coach Leo Beenhakker was brought in to replace Antic, but it was a case of be careful what you wish for as Real were pipped to the title by Barca by a single point, with Beehakker leaving his role soon after.

Hamburg were considered one of the best clubs in Europe during the late 1970s and early 80s, winning three Bundesliga titles and one European Cup during that period.

Croatian born Zebec was in charge for the first of those domestic successes in 1979 and he looked on course to add another title during the 1980-81 season, as he had the club sitting top of the table heading into the festive period, with Bayern Munich their nearest challengers.

However, Hamburg opted to fire Zebec in December of 1980, citing personal reasons relating to an alcohol problem, and Aleksandar Ristic succeeded him in the dugout.

Things did not work out for Ristic, however, as Hamburg relinquished top spot and eventually finished second, four points behind Bayern.