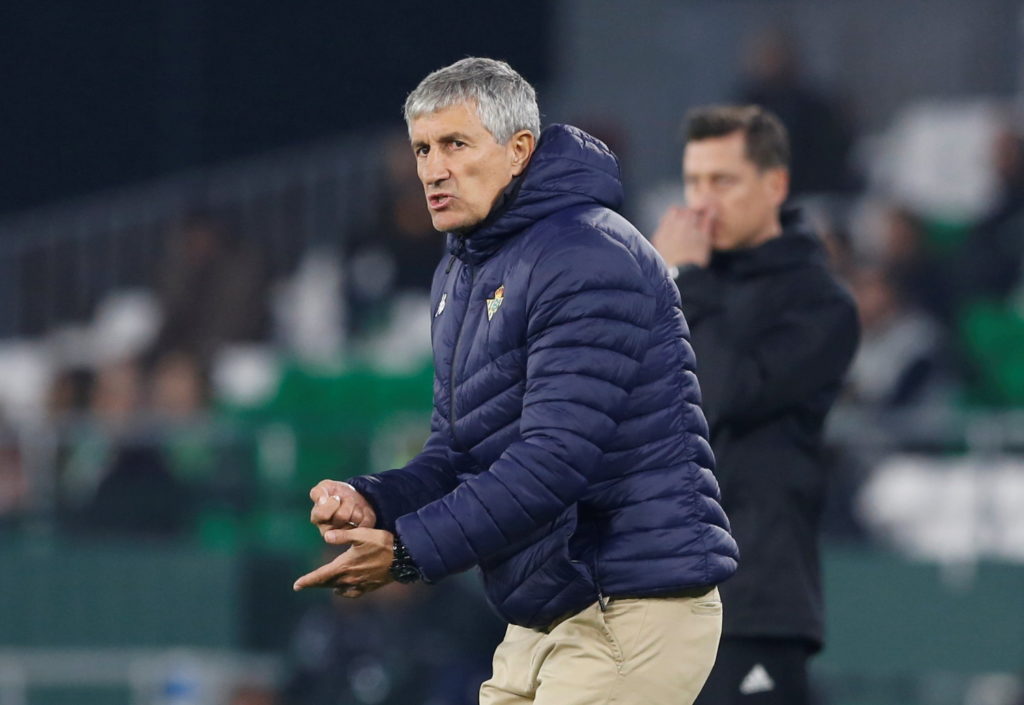 Barcelona have sacked Ernesto Valverde and replaced him with the former Real Betis coach Quique Setien with immediate effect.

The 55-year-old has been axed despite guiding Barca to the top of La Liga and the last 16 of the Champions League, but reports have been rife for some time that the axe was coming, following some below-par displays.

Barca legend Xavi looked to be in line to replace Valverde, but they have opted to go with Setien, who has penned a contract until June 2022 and will be officially unveiled to the media on Tuesday.

The 61-year-old has been brought in to get the Catalan giants playing ‘Barca’ football once again, a style that had slowly eroded under the leadership of the more pragmatic Valverde.

Valverde took training on Monday morning amid intense speculation his time as coach was about to come to an end and his fate was sealed later in the evening.

The former Athletic Bilbao and Espanyol manager has guided Barca to La Liga titles in each of his two full seasons in charge, as well as winning the Copa del Rey and Spanish Super Cup in 2018.

Barca have suffered embarrassing Champions League exits over the past two years, losing on away goals to Roma in the quarter-finals in 2018 despite winning the first leg 4-1 at the Nou Camp.

Last year Barcelona beat Liverpool 3-0 in the first leg of a semi-final on home soil, only to lose the return 4-0 at Anfield.

Valverde’s position was brought into further focus following some inconsistent performances from the Catalan outfit, the most recent being last Thursday’s Spanish Super Cup semi-final defeat to Atletico Madrid.

Barca led 2-1 with nine minutes remaining, only to suffer a 3-2 loss, and that proved to be the final straw for Nou Camp chiefs.

Spanish media reported a meeting between president Josep Maria Bartomeu and Valverde took place at the club’s training ground on Monday afternoon, and was followed by a scheduled board meeting, and then the decision to part company was made.