Setien content as Barca reign starts with a win 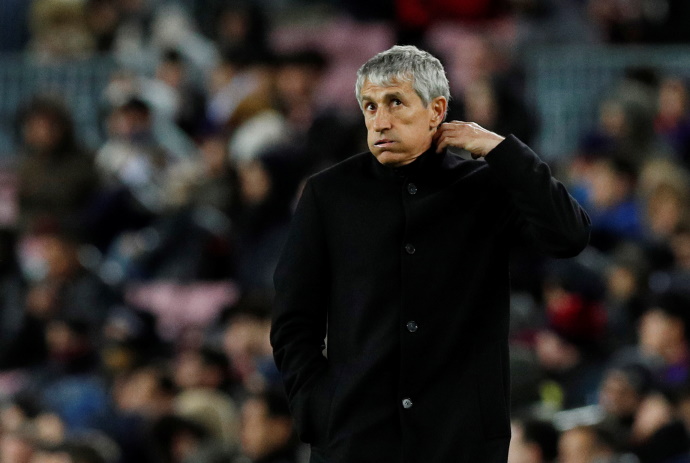 Barcelona coach Quique Setien was a happy man after seeing his newly-inherited side edge their way past Granada on Sunday night.

Setien was taking charge for the first time since replacing Ernesto Valverde, who was axed last week, and it was business as usual Lionel Messi grabbed the goal in a 1-0 win.

It has not taken Setien long to re-install Barcelona’s attacking, entertaining, passing game, but he was not totally happy with all aspects of the performance.

Barca dominated throughout the game but were not as clinical in front of goals as Setien would have liked and they had to wait until the 76th minute to grab the winning goal.

Even so, on the whole, Setien was happy and says their finishing in front of goal will soon improve.

“I’m content because we only conceded one shot that wasn’t a chance really in the first half and the shot against the post in the second, that came from a lost ball,” he said. “We did a lot of good things. Now I hope to gain fluidity and accuracy in front of goal.”

Setien also praised his players for sticking at the task as Granada put plenty of bodies behind the ball and made life very difficult for the home side.

“The players have to take on four or five concepts that are important and maintain them through the whole game,” he added.

The win moves Barca back to the top of La Liga, and they no turn their attention to the Copa del Rey and a trip to Ibiza on Wednesday.