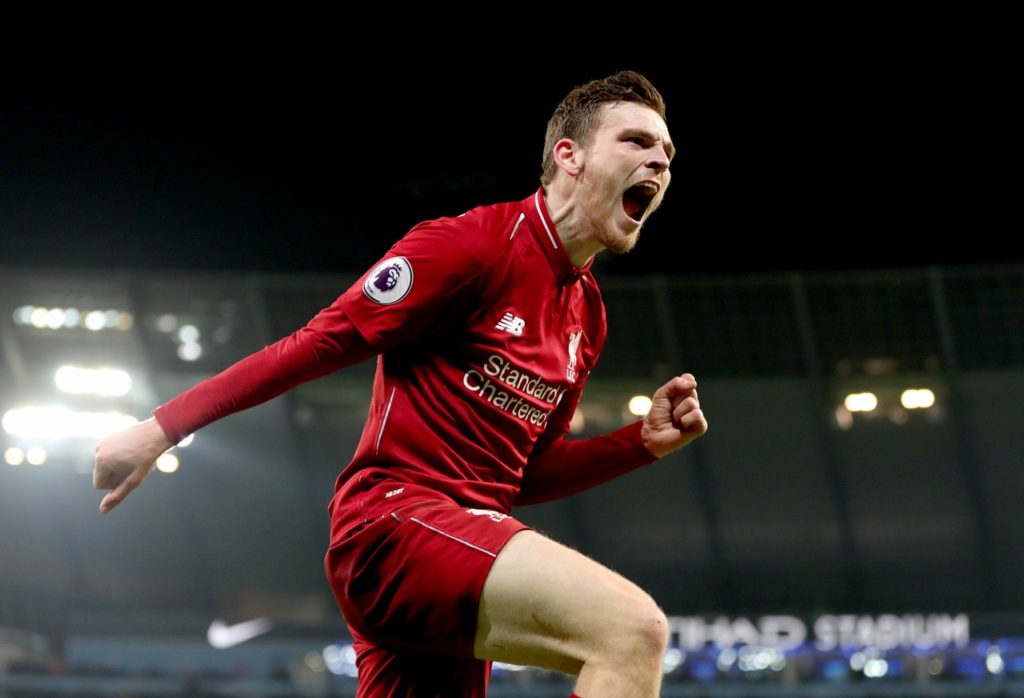 Liverpool defender Andy Robertson is adamant his side will not think about winning the Premier League title until they have completed their mission this season.

A 2-0 victory over arch-rivals Manchester United on Sunday extended their lead at the top of the table to 16 points with a match in hand.

The Reds require just 10 more victories, having already registered a remarkable 21 in 22 fixtures, to guarantee bringing home a first championship in 30 years and most observers are saying there is no way they can be caught now.

That is not the attitude in the dressing room, according to Scotland captain Roberston.

“Until the champions sign is above our heads we don’t believe anything. Yes the lead is 16 points but we know how tough it gets,” said Robertson when asked if the players are thinking about the title.

“We’ve beaten United and in three days’ time we go away to Wolves, who are flying, and it’s an incredibly tough game.

“We know how hard this league is and how the table can change in a couple of weeks so it’s up to us to stay 100 percent focused and not allow that to happen.

“If we do then we keep ticking off the games and we hopefully get closer and closer.”

Seems @Alissonbecker wants to get in on the assist competition @trentaa98. What a win!! That was for the fans!! This is Anfield!! pic.twitter.com/Fp3s2vtxzy

Jurgen Klopp’s side have proved they are a level above everyone else this season, having not lost a league match since January 3 last year.

That is a run of 39 matches and talk is growing about a potential ‘Invicibles’ campaign in the offing.

However, Robertson and company are unlikely to entertain the idea of replicating what Arsenal achieved in 2003-04 and all the focus will be on winning their next Premier League outing against Wolves on Thursday.