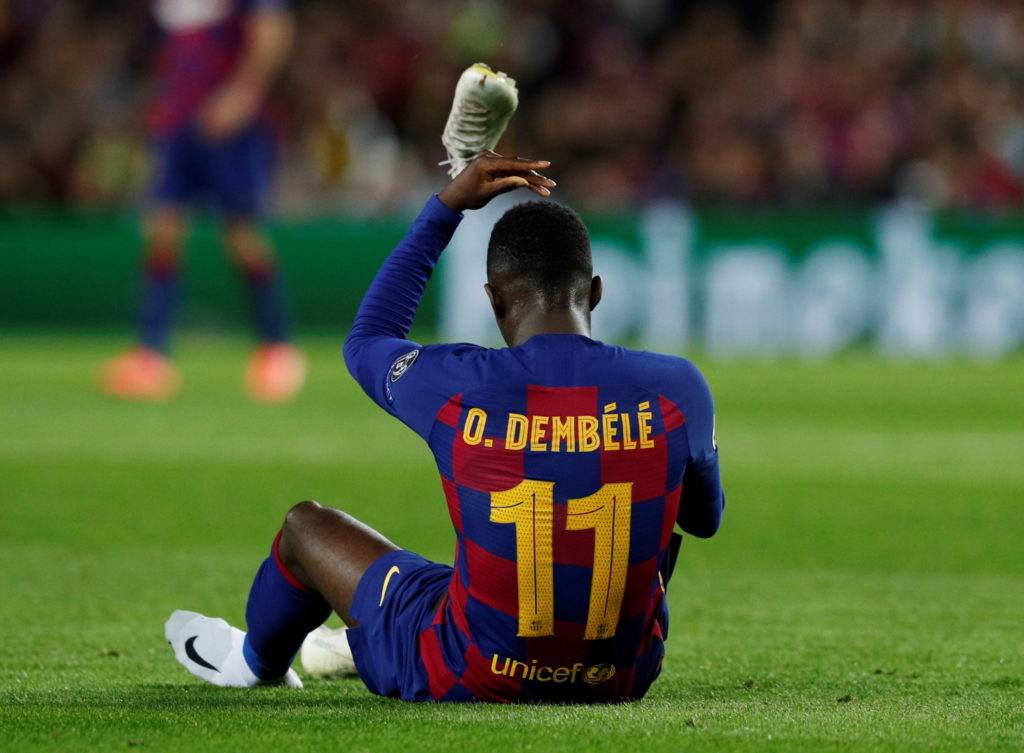 Barcelona say winger Ousmane Dembele is set for a lengthier stay on the sidelines after tearing his right hamstring.

Dembele’s time at Barcelona has been blighted by injury and he has not featured under new boss Quique Setien after limping out of the 3-1 Champions League win over Borussia Dortmund on November 27 with a thigh complaint.

The France international has been going through a rehabilitation programme over the past couple of months and was understood to be nearing a return to the first-team squad.

However, Barca have confirmed that he aggravated the issue further during a training session earlier this week.

He has been undergoing tests in the meantime to assess the severity of the problem and the Catalans have received a full diagnosis.

They said in a statement: “Tests carried out on Ousmane Dembele today have confirmed that he has a complete proximal hamstring tear in his right thigh. In the next few hours a decision will be made on the treatment to be followed for his recovery.”

The 22-year-old, who signed from Dortmund in 2017 for 105million euros, was linked with an exit last month but his injury record appeared to hamper his chances of moving on.

Barcelona winger Ousmane Dembele could reportedly miss the rest of the season after tearing his hamstring on his comeback from injury pic.twitter.com/f1mvQWWFos

Dembele missed five months of football during his debut campaign at the Nou Camp due to a hamstring problem that required surgery.

The former Rennes ace has only started five games across all competitions this season as Barcelona sit second in La Liga, three points behind rivals Real Madrid.