Setien in no rush to try and replace injured Dembele 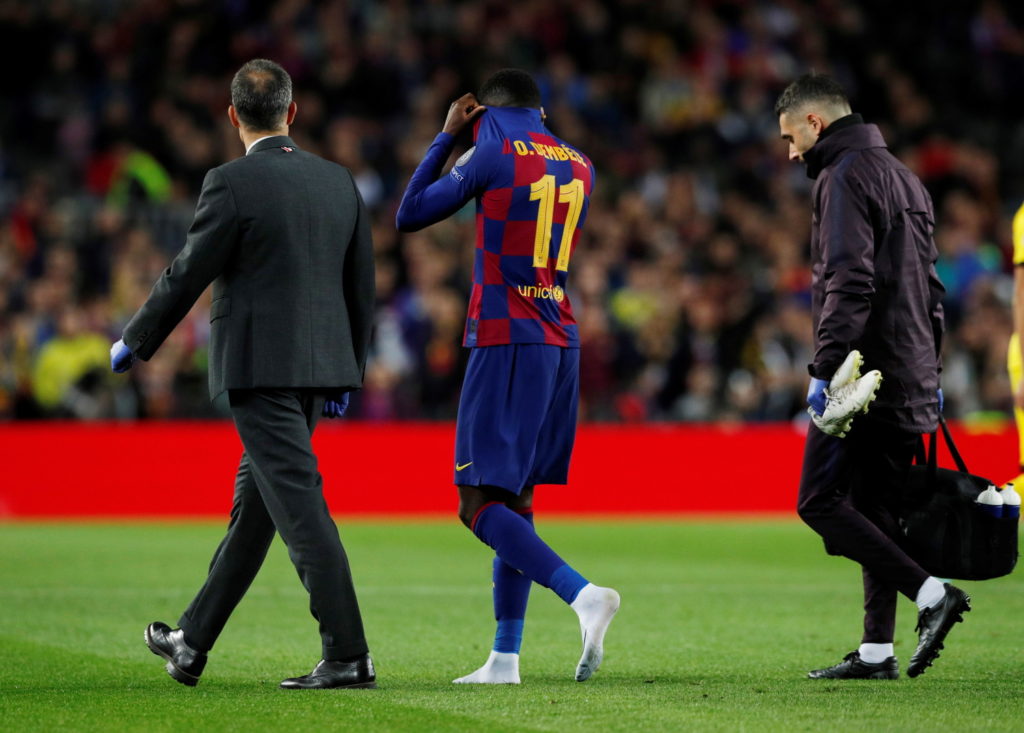 Barcelona head coach Quique Setien says he is worried about Ousmane Dembele after his latest injury setback but will not rush to try and replace him.

The former Borussia Dortmund ace will undergo surgery on his latest hamstring injury after he broke down in training on Monday.

Barcelona had hoped it was a case of muscle fatigue, but he will now travel to Finland for surgery on February 11. The Spanish giants will confirm his return date after the operation, but his latest injury is a real blow to Setien’s plans.

[MEDICAL REPORT]@Dembouz will undergo surgery to treat his right hamstring tear on Tuesday, February 11 in Finland. Information on his approximate expected recovery time will be given once the operation has been carried out.https://t.co/KamzExiF2Q

He has already lost Luis Suarez to injury, with Dembele being lined up to start in his place but the latest setback has ended those plans.

The former Rennes wideman had already been out since November, and the club may need to enter the transfer market to replace him in the summer.

Setien says he does not plan on making any rash decisions and he wants to give Dembele as much time as possible to recover.

He told reporters: ‘We’ll see if it’s going to be a long time out and if we can sign someone, we’ll have to wait and see, and if not we’ll try to find the path to give the team solidity, consistency and identity that is required to win games.

“I’m worried most not about Dembele as a footballer. It could be three, four or five months without playing football which is the thing he likes to do the most.”

Barcelona have won their last two games under Setien, but they face a big test on Thursday night as they prepare to take on Athletic Bilbao in the Copa del Rey.