Barcelona hit by another injury blow as star ruled out 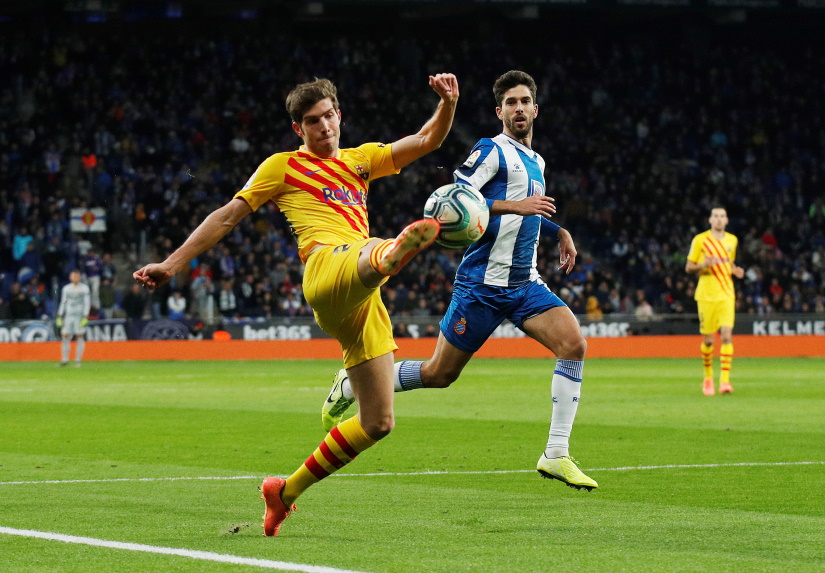 Barcelona have been hit by the news Sergi Roberto is facing a spell on the sidelines after picking up a thigh injury.

The influential midfielder has been a crucial player for Barca this season when making 29 appearances in all competitions, but he will be unavailable for the next few games.

The Catalan giants have issued a statement confirming the 25-year-old has injured one of the adductor muscles in his right thigh and is looking at two to three weeks on the sidelines.

It comes as a massive blow to the club and player at a crucial stage of the season as he will miss the Champions League showdown with Napoli and the Classico showdown with Real Madrid.

Roberto’s versatility and ability to play in a number of positions this season makes him a key player for coach Quique Setien, who will now have to rethink his selection plans.

Roberto had been slotting in at right-back, but it looks as though that position will now be occupied by Nelson Semedo for the Champions League last-16 first-leg clash against Napoli.

The loss of Roberto is just the latest in a long line of injuries to hit Barca in recent weeks. Luis Suárez, Ousmane Dembélé and Jordi Alba are all on the treatment table and have been ruled out of action against the Partenopei and Los Blancos.

B team stars Inaki Pena, Riqui Puig, Alex Collado, Ansu Fati, Ronald Araujo and Sergio Akieme have all been called up to the squad for the next two games.