Setien confident Barcelona have cover in Busquets and Vidal absence 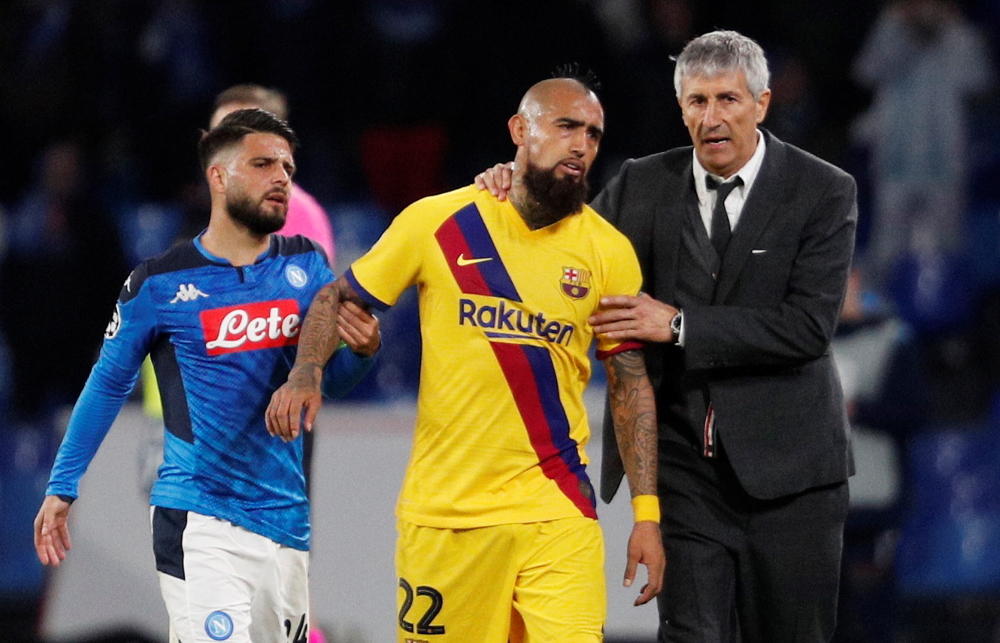 Barcelona coach Quique Setien says he will “find solutions” to not having Sergio Busquets and Arturo Vidal available for the visit of Napoli to the Nou Camp.

The Blaugrana managed to come away from the first leg of their Champions League last-16 tie in Italy with what could be a vital away goal, as Antoine Griezmann scored in Tuesday’s 1-1 draw.

Napoli’s Dries Marterns managed to open the scoring in the first half with a curling finish but the effort from Griezmann means it is advantage Barca ahead of the return leg at the Camp Nou on March 18.

However, the reigning La Liga champions will have to look at other options in midfield, with Busquets picking up his third booking of this season’s tournament.

The Spain international, who was named man of the match, will now miss the second-leg, while Vidal was sent off late on in Naples and will also be absent for the Champions League encounter next month.

Setien was content with the result and played down concerns regarding the absences of Busquets and Vidal for the arrival of Gennaro Gattuso’s side.

“In the end it’s a draw that is a good result considering we have another home game,” said Setien. “We will not be able to count on Sergio Busquets or Vidal for the return, but we will find solutions to compensate.”

Meanwhile, Gattuso felt his side were made to pay for a moment of weakness, in a game he felt his side otherwise looked strong in.

“They didn’t hurt us, they tickled us,” said Gattuso. “It went wrong in one moment and they punished us.”