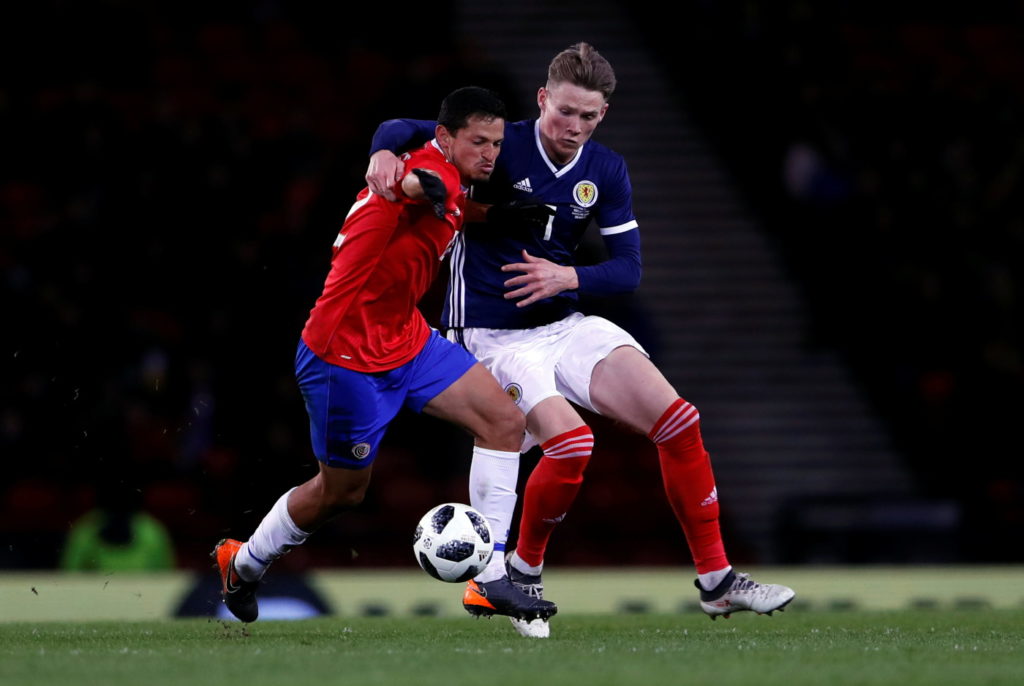 Ole Gunnar Solskjaer has warned Scotland boss Steve Clarke that Scott McTominay needs to be managed “properly” as he builds up his match fitness.

McTominay was named on the bench for Manchester United’s 3-0 Premier League win over Watford at Old Trafford on Sunday and came on for an 11-minute run-out at the end.

That was the Scotland international’s first appearance since being sidelined after suffering a knee injury in the Red Devils’ Boxing Day thrashing of Newcastle United.

McTominay returned to full training earlier this month and stepped up his comeback during United’s warm-weather training camp in Marbella.

And, with games coming thick and fast for United, it won’t be long before Solskjaer decides to hand him his first start of 2020.

Any such appearance before Clarke announces his next Scotland squad in mid-March would put him in contention to play a part in the Tartan Army’s bid to join England at Euro 2020.

And, although Solskjaer has been impressed with how quickly his midfielder has returned from injury, he has sounded a note of caution of how long it could take before McTominay is fully up to speed.

Speaking before Sunday’s clash against Watford, Solskjaer said: “Scott’s recovered really quickly. He’s been doing everything to get back and he’s looking stronger and quicker.

“He wanted to play today but we need to manage him properly.”

Encouraging news all round for Scotland ahead of Euro 2020 play-offs: John McGinn “nearly 100 per cent” according to Aston Villa, Scott McTominay back on the pitch for Manchester Utd, plus Leigh Griffiths scoring five goals in nine games for Celtic. 👍🏼#TartanArmy 🏴󠁧󠁢󠁳󠁣󠁴󠁿 #MUFC #AVFC

That could be a coded message to Clarke over the possible selection of the 23-year-old midfielder for Scotland’s crucial Euro 2020 play-off clash with Israel on March 26.

The Scots are preparing for two intense play-off games in the space of five days and know if they beat Israel at Hampden they will face the winner of the other play-off semi-final between Norway and Serbia for a spot at the Euros.

McTominay has missed three of Scotland’s last four qualifiers through either injury or suspension and some north of the border may question the commitment of the Lancaster-born star to the cause if he does not make himself available next month.