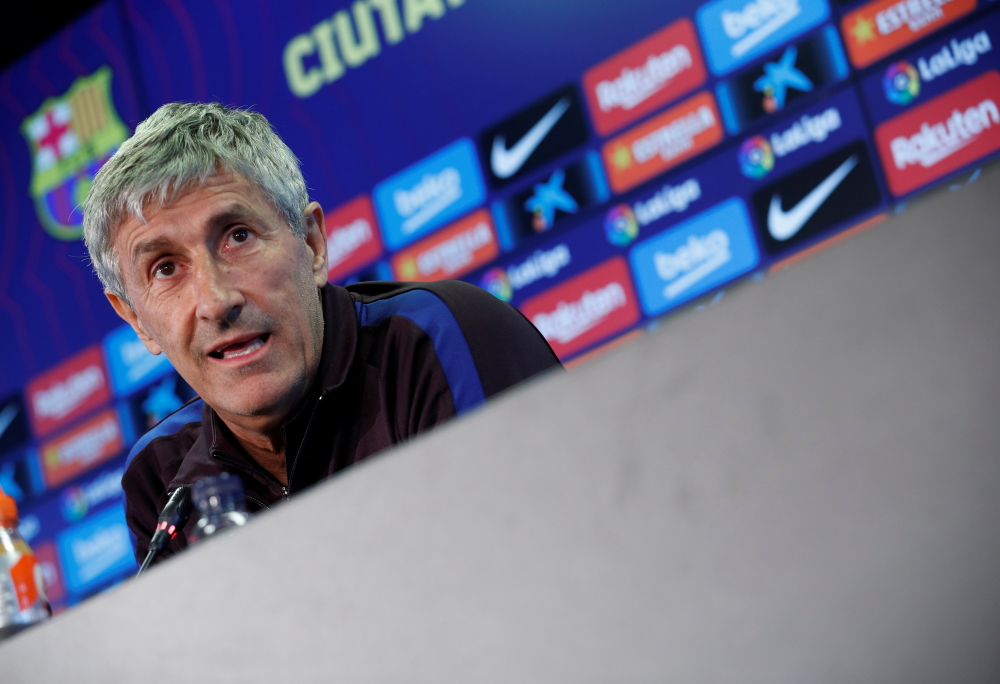 Quique Setien has hit back at the suggestion that the Barcelona players have lost faith in him after a difficult run of results.

A report from Catalan radio station Cadena Cope earlier this week suggested Setien was already under pressure at the Nou Camp after less than two months in the job.

Last weekend’s El Clasico loss to Real Madrid was the third defeat of the 61-year-old’s reign and saw them surrender top spot in the La Liga standings to their capital rivals.

In the fallout from the 2-0 loss at the Bernabeu, Setien has come out and apologised to the Barcelona squad for the behaviour of one of his coaching staff, Eder Sarabia, after a lip-reader interpreted what he was saying about the players during the El Clasico defeat.

It is understood the squad felt the dressing down was unnecessary and Setien has sided with the players, insisting he won’t tolerate behaviour of that nature.

🎙 [el periódico] | Quique Setién: “Eder Sarabia’s behavior at the Bernabéu? We must try to control this. We have already apologized. At the end, it’s my fault. This is an issue he is trying to solve; he is a young, impulsive, energetic young guy.” pic.twitter.com/RwWhtyF8lb

The outburst from Sarabia, coupled with La Liga losses to Real and Valencia, alongside a Copa del Rey defeat to Athletic Bilbao, lead to the reports of Setien having already lost the dressing room.

However, the former Real Betis and Las Palmas boss says he can’t understand where the rumours have come from, insisting there is no divide between the coaching staff and players.

“We are delighted with the dressing room and we have no problems. The truth is, I thought it would be more difficult than it is and the players accept everything, with an extraordinary attitude,” he said at his pre-match press conference on Friday.

“We know we need to earn the players confidence – as you need in this position at any other club or in any other job description.

“Every player is different and some take longer to adapt than others, but the part of my job is convincing them and earning the confidence.”

Setien will hope Barcelona can pick up a morale-boosting result when they take on Real Sociedad in La Liga on Saturday.