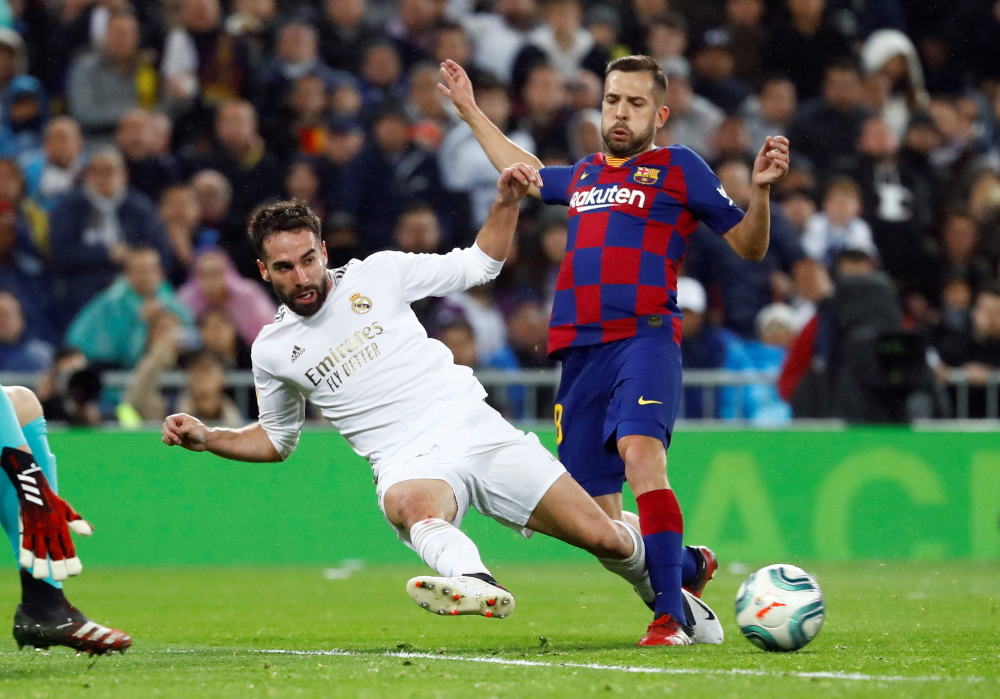 Jordi Alba says the Barcelona players didn't appreciate the whistles they received from the fans during Saturday's 1-0 win over Real Sociedad.

The Blaugrana got back to winning ways on Saturday evening as they edged out Sociedad at the Nou Camp courtesy of Lionel Messi’s 81st-minute penalty.

The victory took Barca back to the top of the La Liga standings ahead of Real Madrid’s trip to Real Betis on Sunday evening but supporters weren’t pleased with the nature of the win.

The reigning Spanish champions came into the game off the back of a disappointing El Clasico loss to Real last weekend.

The fallout from the defeat at the Bernabeu had rumbled on all week with head coach Quique Setien accused of losing the dressing room following a below-par start to his reign.

Assistant manager Eder Sarabia has also found himself at the centre of a media storm following his behaviour on the touchline during the game with Real with Setien coming out and apologising on his behalf ahead of Saturday’s clash with Sociedad.

Tensions at Barcelona show no sign of easing either, despite picking up a much-needed three points, with fans making their unhappiness known early on as they whistled the team.

Alba has now come out and had his say on recent matters, defending Sarabia’s action and questioning why the fans were not content with Barcelona’s win.

“No one likes to play poorly or how we’re playing at the moment, but I don’t like it when in the 15th minute with the score goalless there are whistles,” he told reporters after the game.

“No one likes it when the fans go against you, especially in your own stadium. Our attitude is good and all the players are giving everything out on the pitch. I’m not going to hide. Just as I respect everyone, they also have to respect me.”