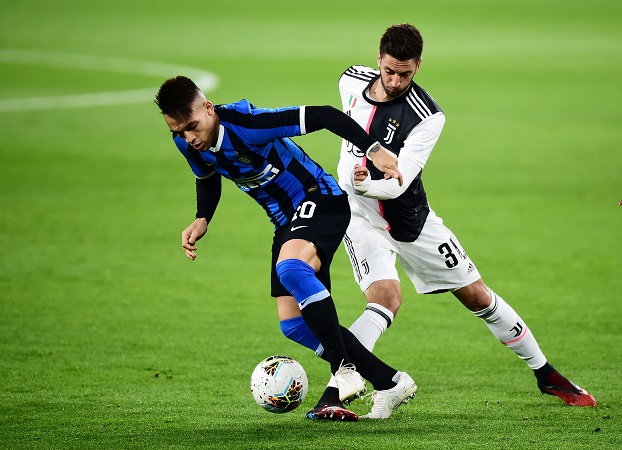 The Argentina international has been in inspired form for the Nerazzurri this season, scoring 16 goals across 31 appearances in all competitions for the Serie A side.

He has improved massively from his first season in Milan where he only managed to score six times in 27 Serie A matches.

However, the arrival of Antonio Conte and his subsequent switch to a front two has seen his form take a turn for the better.

His partnership with Romelu Lukaku is part of the reason why they have performed much better this season and have put up a serious title challenge to Juventus.

Before the coronavirus outbreak suspended the Italian football season, they were nine points behind Juve with a game in hand.

Now, according to reports emerging from Italy, Barcelona are keen to sign Martinez in the summer as they seek a long-term replacement for Luis Suarez.

It states they are happy to pay Martinez’s release clause with Inter hoping to bring in a Barcelona player in a part-exchange deal.

Arturo Vidal and Ivan Rakitic are players the Catalonian side are willing to let go but the report indicates Conte would rather do a deal to sign one of Arthur Melo or Nelson Semedo.

Last summer, Barcelona were hoping to do a deal to sign Martinez but baulked when the San Siro outfit demanded £72million for his signature.

Manager Quique Setien is hoping to freshen up his Barcelona squad next season with Suarez and Lionel Messi both well into their thirties and becoming increasingly injury-prone.