Home La Liga Barcelona Where will Barcelona’s Coutinho end up next season?

Where will Barcelona’s Coutinho end up next season? 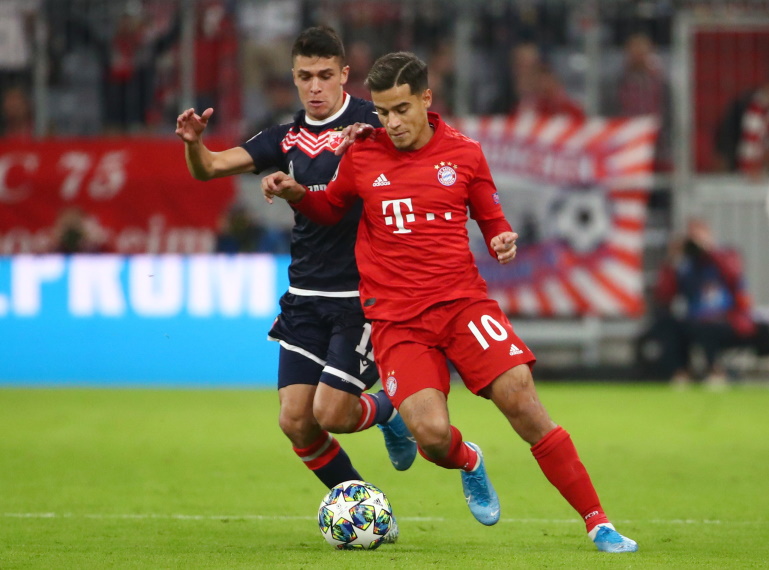 Philippe Coutinho looks unlikely to be playing his football with Barcelona or Bayern Munich next season, so where exactly will he end up?

The Brazilian has had a decent season with Bayern after joining them on loan, but he has not been good enough to convince them to meet Barca’s asking price. Plus they are said to be keeping their powder dry to sign top target Leroy Sane from Manchester City.

Barcelona do not seem willing to give him another chance and hope to cash in in order to funds moves to bring in fresh blood during the next transfer window.

So it means Coutinho’s agent Kia Joorabchian has some work to do to get his client fixed up with a new club, and he will not be short of options.

So who is in the hunt? And who is most likely to land him?

Philippe Coutinho is one of eight players to score 10+ goals from outside the box in Europe’s top five leagues since 2017/18.

Coutinho left the Reds under a cloud when making a £142million move to Barcelona, but even so many Liverpool fans would welcome him back with open arms.

There has been talk of it happening if Liverpool did move on Mohamed Salah in the future, but for now, it still looks unlikely. Jurgen Klopp has other targets and is more likely to push on with attempts to sign Jadon Sancho from Borussia Dortmund.

United boss Ole Gunnar Solskjaer is in need of fresh attacking talent as he looks to continue the rebuild of his squad and Coutinho has been mentioned as a viable option.

It has been suggested that Coutinho would not consider a move to United due to his connections with Liverpool, and United are likely to go in another direction anyway.

Frank Lampard’s men are another contender as they look to bring in a host of new signings as soon as they get the chance.

Coutinho is known to be on the radar and there is talk of Chelsea wanting to take him on loan with a view to a permanent deal if he proves he is back to his best. Barca want to sell now so unless Chelsea come up with hard cash, it looks unlikely.

Should Coutinho turn his back on a return to England, PSG are one of the few clubs who could afford him and out of all of the transfers suggested so far, this looks the most likely.

Barcelona’s interest in re-signing Neymar is well known, and Coutinho could well be included as part of the deal to land him. The player would also jump at the chance to join PSG.

So it would be no surprise if cash plus Coutinho headed to the Parc des Princes, with Neymar heading the other way.