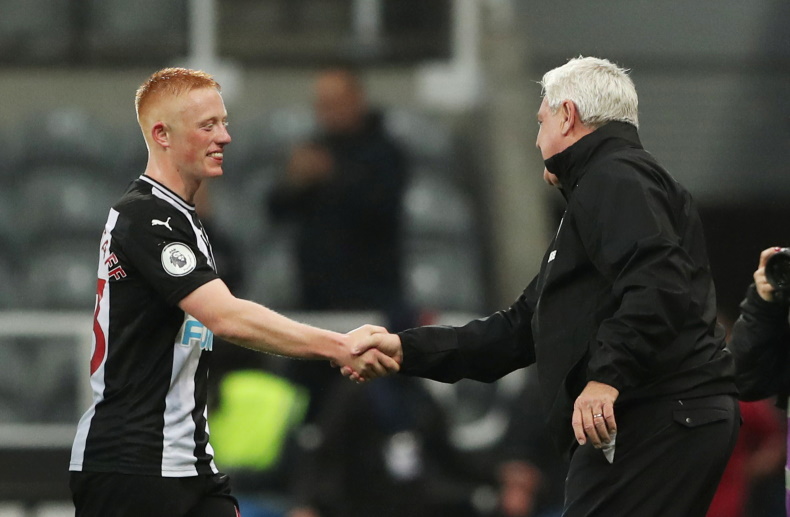 Longstaff scored the winner on his Premier League debut against Manchester United in October and has since managed six further appearances and one more goal, which also came against the Red Devils in a 4-1 defeat at Old Trafford.

The 19-year-old is due to fall out of contract at the end of the season, so could leave as a free agent, although Newcastle would be in line for a compensation fee due to his age.

If Longstaff were to join an English club, it would be up to Newcastle and the other club to decide a fee or go to a tribunal, but if were to join a European side, the Magpies would only be handed a lesser development fee.

Bruce is hoping it doesn’t come to that and the midfielder will agree fresh terms, but admits talks have stalled for the time being.

“Obviously, he has got advisors who will be advising one thing,” said Bruce. “I am desperate for him to stay, but there has got to be ground given on both sides, I would have thought. But, at the minute, we can’t get there.

“Both sides have got to be happy and, at the minute, there is a bit of an impasse, but I am confident we will still get it done.”

Carroll, who returned to St James’ Park as a free agent last summer, has been restricted to just 14 appearances across all competitions and is yet to score.

Bruce is apparently keen to keep hold of the 31-year-old as he sees Carroll as a positive influence, both on and off the pitch, despite recently admitting his latest injury, a hip problem, has proven to be a source of frustration.