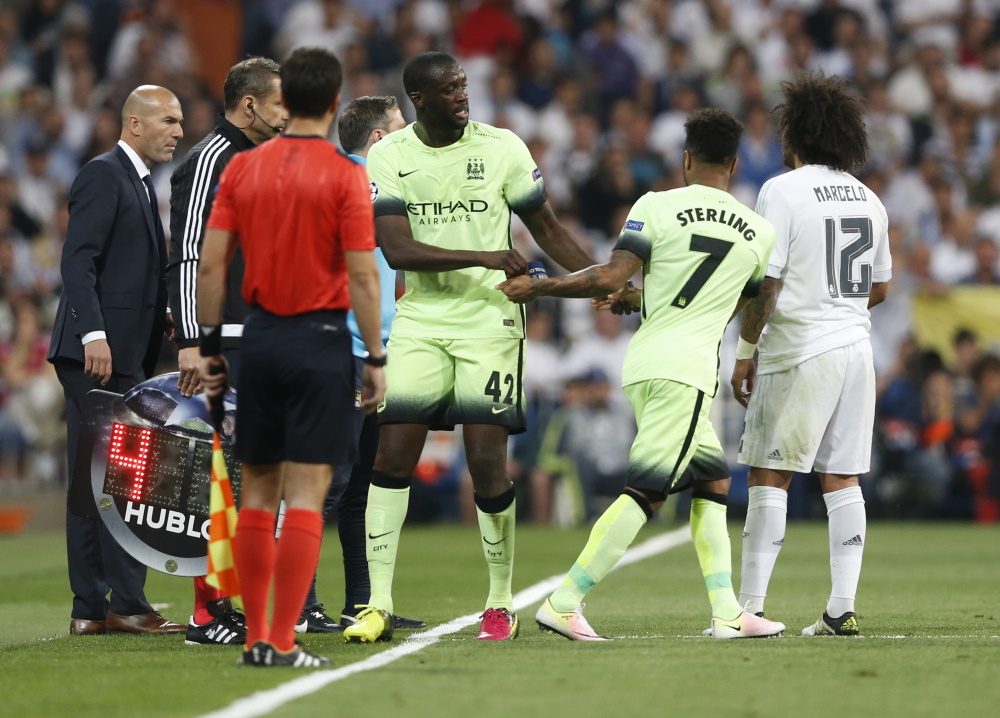 The Manchester City star is thought to be a long-term target for Los Blancos, and the former Liverpool attacker has admitted “Real Madrid are a fantastic club”.

However, Sterling has stated he is happy with life at the Etihad Stadium and has no plans to make the switch to the Santiago Bernabeu any time soon.

But that has not stopped the Three Lions star from praising the work done by Zidane during his time in the Real hot seat.

Sterling, who will face Real Madrid with City in the last 16 of the Champions League on Wednesday, feels the Frenchman has found a formula for success with the La Liga giants and deserves great credit for how he brought sustained European success to the club.

“I think to win the Champions League so many times especially in a row as well is very difficult,” Sterling told AS. “I don’t think that’s luck, it’s definitely a formula. Some people have that winning mentality and he wins by any means.

“I’d say it’s something he has probably developed over his great career as a player and he’s developing his career as a manager so it continues this winning touch.”

Despite Manchester City looking set to be banned from European competition for the next two seasons due to rule breaches, Real for the moment will have to wait if they do wish to get their hands on the 25-year-old Sterling.