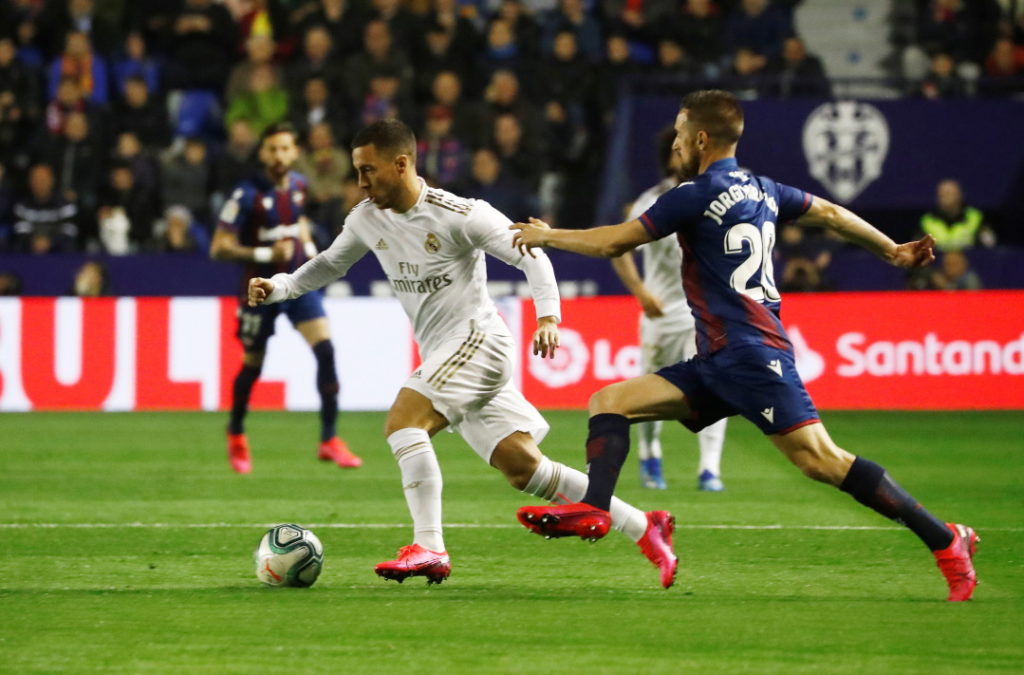 Belgium boss Roberto Martinez has revealed Real Madrid playmaker Eden Hazard could be looking at three months on the sidelines with his latest injury.

The 29-year-old has had a horror time at the Bernabeu since making the switch from Chelsea in the summer and has managed to make just 15 appearances.

He has chipped in with one goal and five assists. Not quite the impact everyone was hoping for, but the player has been hit with injuries and can count himself very unlucky.

Hazard made his long-awaited and much-anticipated return to action at the weekend, only to break his ankle in the 1-0 defeat against Levante.

Real officials have yet to set a return date but as far as Martinez is concerned, the player is looking at three months on the sidelines, which would effectively curtail his season.

Martinez obviously has concerns over whether one of his star players will make Euro2020 this summer, and as things stand, it looks like he will face a race against time.

Eden Hazard may not play again this season 🤕

Obviously Real are more concerned about him being available for them and the fact he is not available to face Manchester City in the Champions League was a big enough blow.

“We are very sad, because this injury will leave him out of action for at least three months,” he is quoted as saying by ESPN. “A footballer like Eden should always be on the pitch. We have an excellent communication with Real Madrid’s medical staff and we are anxious about Eden.

“It’s a shame, because it has also happened before an important game as that of Manchester City.”