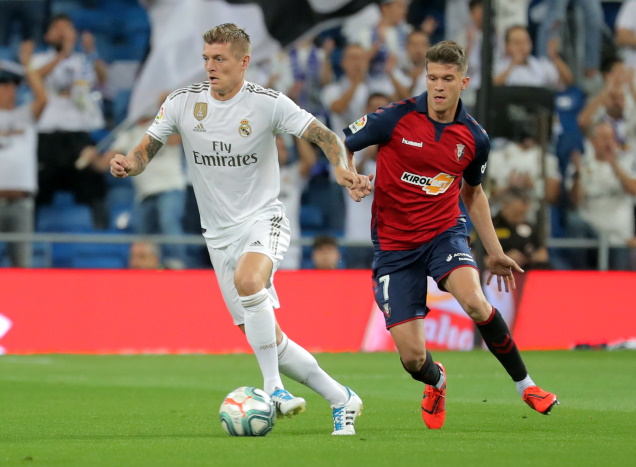 Real Madrid star Toni Kroos is a man in demand with Manchester United, Bayern Munich and Paris Saint-Germain all said to be chasing his signature.

The German international has been a hugely influential player during his six-year stay at the Bernabeu, but reports are mounting that he could be on the move at the end of the season.

No matter what happens between now and the end of the season Real are planning a big shake up in the summer, which could result in a number of players moving on.

Kroos could be one of them and clubs throughout Europe are already starting to form an orderly queue in anticipation of making a move for the 30-year-old.

The player’s former club Bayern Munich are already said to have been in touch with regards a return to the Allianz Arena, while PSG and United are also said to be in the hunt.

Kroos does have a ridiculous £435million release clause in his contract, which is more than double the world record transfer fee that PSG paid for Neymar, and Real would of course ask for significantly less.

However, he is under contract until the summer of 2023 so Los Blancos will be in no rush to push him out of the door and will be holding out for a sizeable transfer fee.

Question now remains, who will meet it? Kroos still has several good years ahead of him and could turn out to be a very shrewd signing if the price is right.