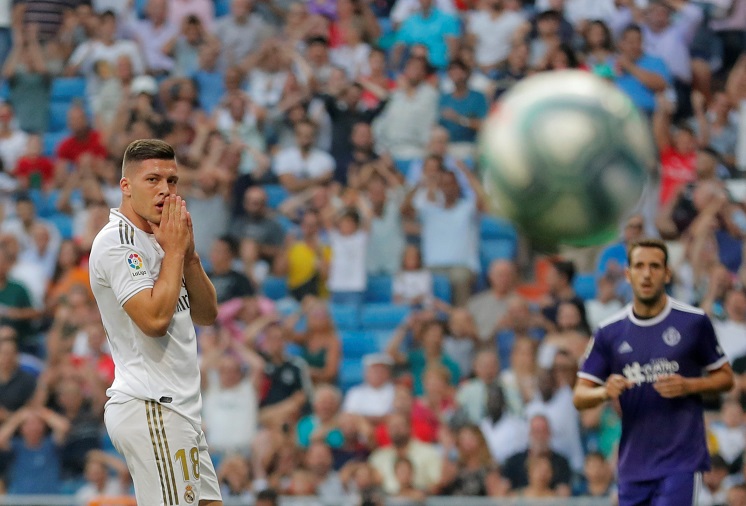 Out-of-favour Real Madrid forward Luka Jovic is being heavily linked with a move away from the club.

Serbia international Jovic was a big-money arrival in Madrid last summer, joining for a reported €60million from Eintracht Frankfurt.

The 22-year-old arrived with a big reputation after scoring 27 goals across all competitions for the Bundesliga club, but he has struggled for game-time at Real, starting just four La Liga matches to date.

Jovic is currently behind the likes of Karim Benzema, Vinicius Junior, Gareth Bale and Mariano Diaz in the pecking order at the Bernabeu, with his only league start since October coming in Real’s 2-1 victory over Sevilla back in January.

It now appears Real boss Zinedine Zidane is willing to cut his losses with Jovic, with a whole host of European clubs believed to be monitoring his situation, most notably Serie A outfit Napoli.

Jovic, who has also represented Red Star Belgrade and Benfica, could be open to a move to Serie A, although he is unlikely to come cheap to Napoli, considering he still has over five years to run on the contract he signed with Real last summer.

Like the rest of the Real squad, Jovic is currently serving a period of self-isolation after one of the club’s basketball players tested positive for the coronavirus.

As a result, La Liga has been suspended for the next two weeks in a bid to control the spread of the virus.

⚽❌ @LaLigaEN will be suspended for at least the next two matchdays. MORE 👇 #RealMadrid