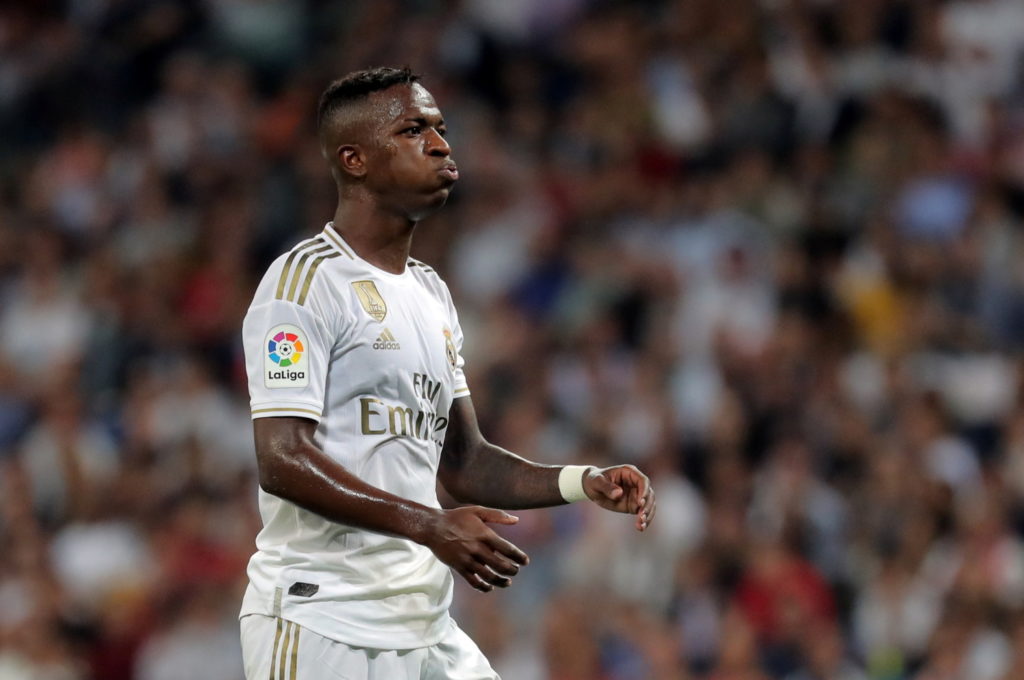 Vinicius Junior has revealed he turned down a move to Barcelona in favour of joining Real Madrid.

Brazil international Vinicius was regarded as one of the brightest young talents in his homeland when he broke into the Flamego first team as a 16-year-old in 2017.

That prompted European clubs to show an interest in Vinicius, with Real Madrid and Barcelona both entering the race, and it was Los Blancos who prevailed, securing the signature of the teenager for a reported €45million in May 2017 although he couldn’t officially join the club until he turned 18 the following summer.

Vinicius has now been discussing the reasons behind his decision to join Real and has taken a sly dig at Barcelona by admitting he chose to move to the Bernabeu as he wanted to play for the “greatest club”.

“Both Real Madrid and Barcelona put offers on the table, and I only had three days to make a decision,” Vinicius told Four Four Two. “I always wanted to play for the greatest club and that is why I chose Real Madrid.

“I visited both clubs with my parents and they agreed with me that the Real Madrid project suited me better as they give a lot of minutes to young players.”

Vinicius has impressed during his time at Real, making 31 appearances across all competitions during his debut season, scoring four goals.

Things have not gone so smoothly for Vinicius this term as his season has been disrupted by injuries although he did score a vital goal in Real’s recent El Clasico victory over Barcelona.