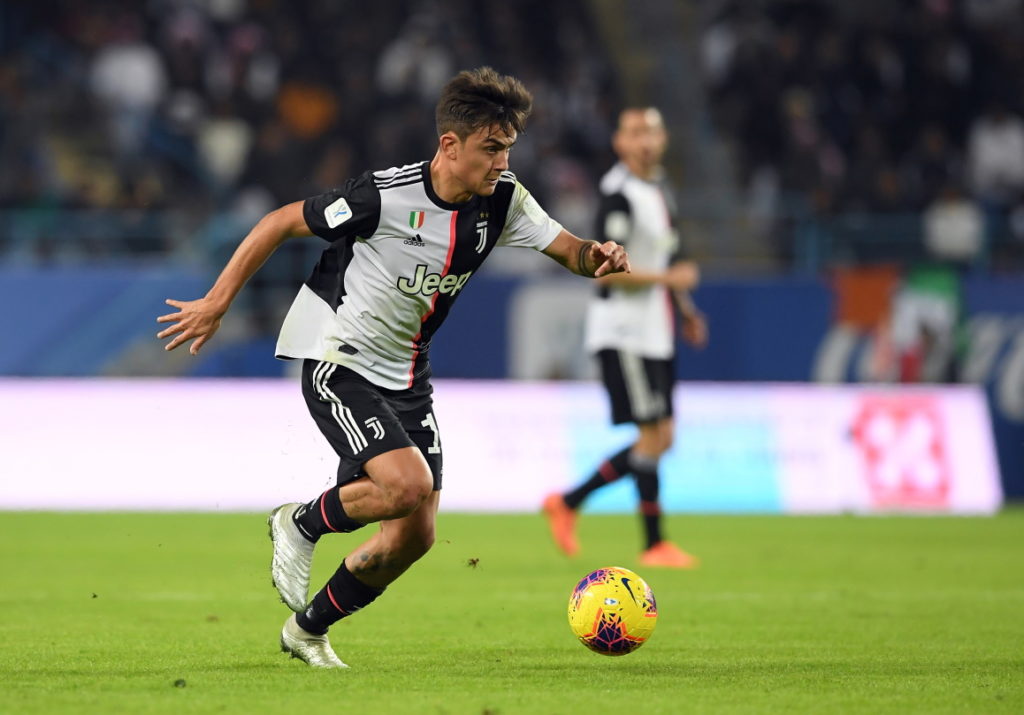 Paulo Dybala is reportedly only willing to sign a new contract at Juventus if he is handed an increase in his pay packet.

Argentina international Dybala’s future in Turin looked to be in doubt at the start of the season after finding himself down the pecking order, but he has managed to force his way back into the first-team fold and he has made 17 starts in Serie A and the Champions League combined.

The 26-year-old has scored 11 goals across all competitions this term and his impressive performances attracted the interest of several top European sides during the January transfer window, with Manchester United, Tottenham Hotspur and Atletico Madrid all linked.

Dybala did admit he was uncertain about his long-term future with Italian champions Juventus last month amid interest in his services and there are still reports claiming he will leave the Old Lady for the Premier League in the summer.

There has been talk about extending the forward’s contract beyond the 2021/22 campaign, but it is thought the Argentine will demand £8.5million per year to put pen-to-paper on a new deal, an amount Juventus may not be willing to pay.

The Italian giants, who are three points clear in Serie A as they look for a ninth straight title, could decide to cash in on Dybala to strengthen their position with FFP.

It is claimed an offer around £65-70m will be required to land the forward during the summer transfer window, but that amount is not expected to stop the likes of Spurs and the Red Devils lodging an offer and there could be a battle between the two.