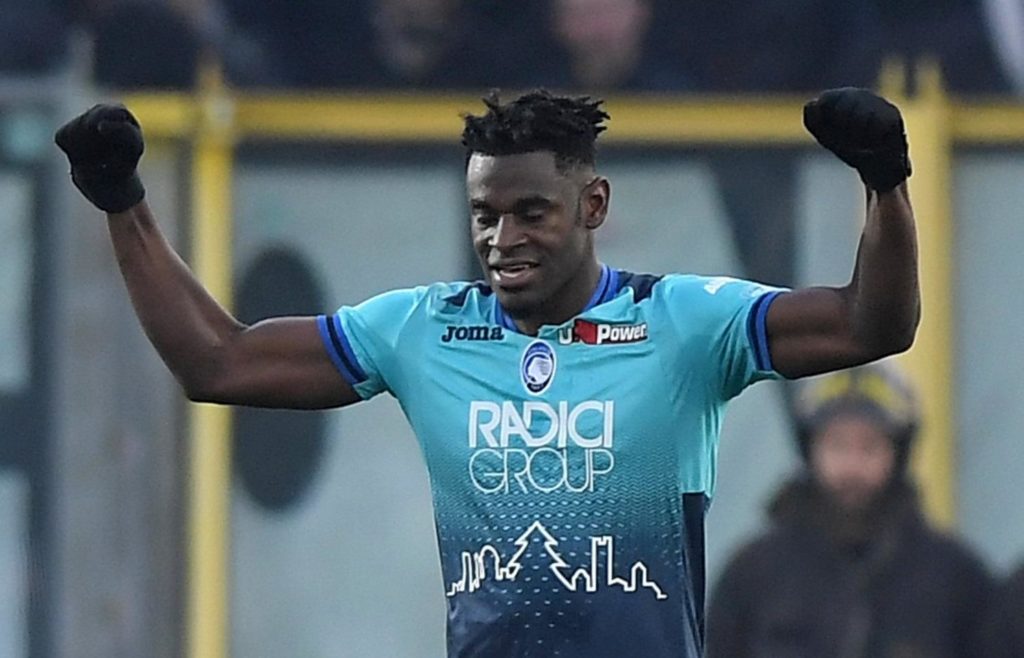 Duvan Zapata believes the future is bright for both himself and Atalanta after his loan move from Sampdoria was made permanent.

Atalanta have announced they’ve taken up the option to sign the striker on a permanent 26million euros deal from Samp after a successful loan spell.

The Colombia international first made the move to the Bergamo-based outfit on a two-year loan in summer 2018 and the agreement included the possibility of a full-time transfer further down the line.

That clause has now been activated and the 28-year-old is pleased with the development after he penned a three-and-a-half-year contract.

“I am very happy,” he told the club’s website. “First of all, I want to thank Atalanta for this latest show of confidence in me. I’ve been welcomed so well in Bergamo since the first day, we are building something important here and can achieve great things together.”

Zapata has impressed for La Dea, scoring 35 goals and providing 11 assists from 59 games in all competitions so far, with his form in the final third helping them secure a Champions League group place for the first time in the club’s history at the end of last season.

The former Napoli man began the current campaign in outstanding fashion, scoring six goals in his first seven Serie A appearances before a thigh injury kept him on the sidelines for 10 weeks between October and January.

He is now fit again and started Atlanta’s 1-1 draw with Inter on January 11 and so should feature when Gian Piero Gasperini’s men host SPAL on Monday.