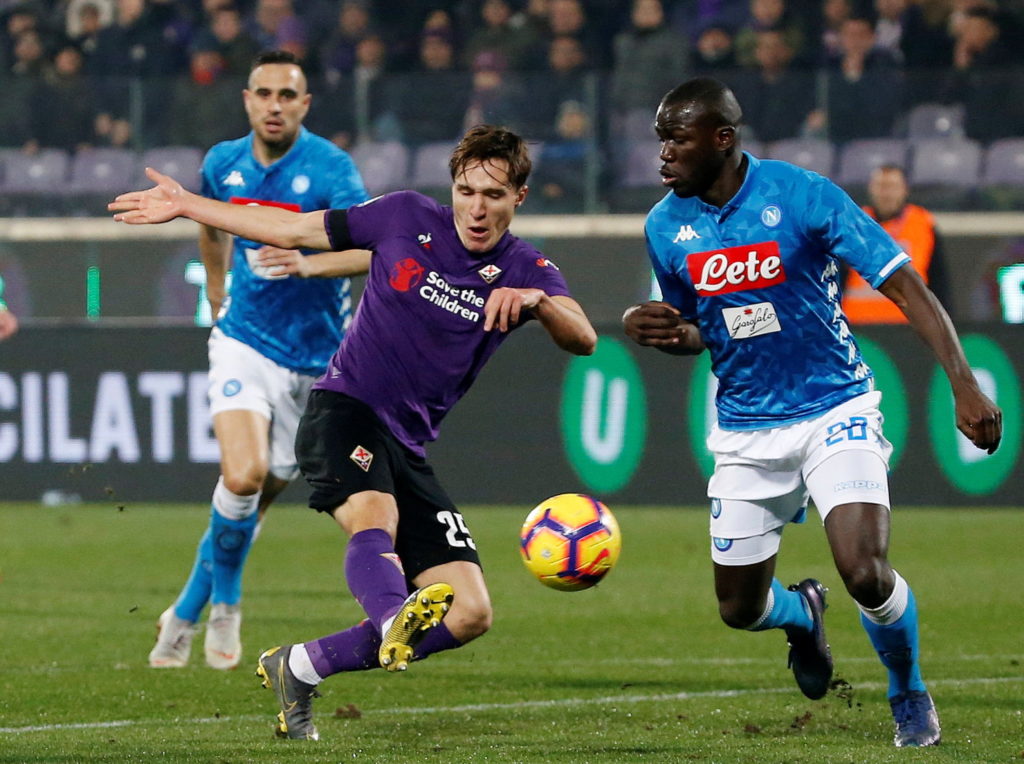 Italy boss Roberto Mancini has told Fiorentina's Federico Chiesa to play with "enthusiasm" in order to cement his international place.

Chiesa shone for the under-21 side last season but has often struggled to transfer his Gli Azzurrini form to the senior team.

The 22-year-old, who can play across the front-line, has 17 caps for Italy, netting his only goal in last November’s 9-1 win over Armenia.

Mancini played with the starlet’s father at Sampdoria and has spoken to Chiesa snr about where he feels his son can improve.

The coach has described the player’s style as “beautiful” but believes that to be a real star for the Azzurri, he needs to do more.

The Fiorentina man was set to be part of the squad for Euro 2020 but will now have to wait until next summer for his major tournament debut.

Despite the current season being on hiatus due to the coronavirus pandemic, Chiesa is sure to be in the gossip columns with Juventus, Inter Milan and Manchester United said to have recorded an interest.

The Viola are doing their best to tie him to a new contract, with his current deal set to expire in the summer of 2022.

Mancini says he wants to see more from Chiesa when the season resumes, believing a more positive attitude can help move him to the next level.

“As I also said to his father, Federico has to play with the greatest enthusiasm, and because he does a beautiful job.”