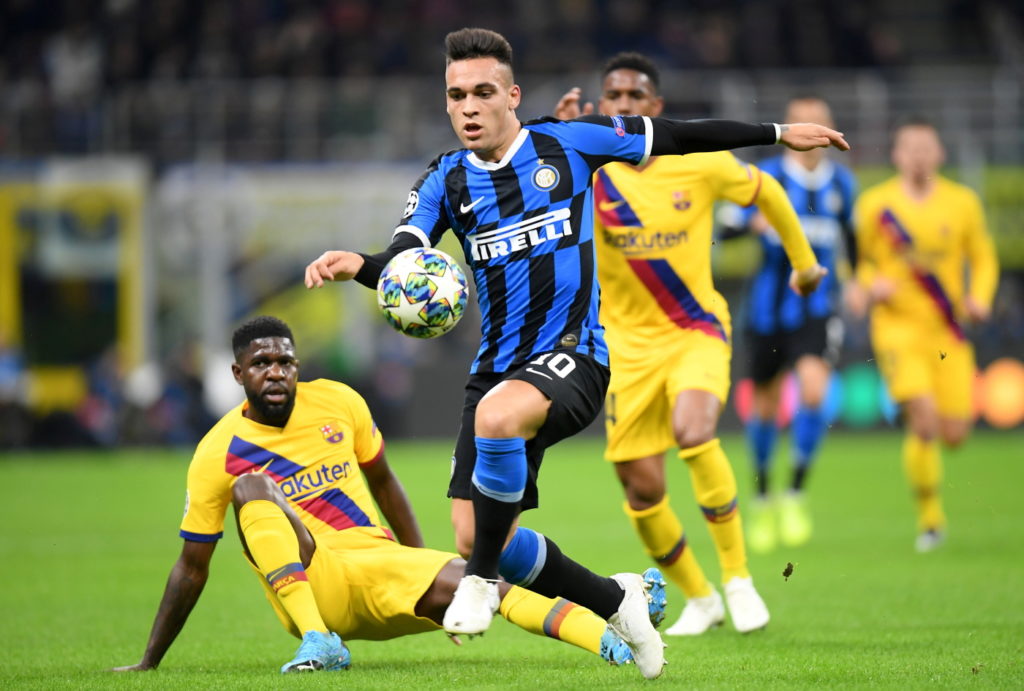 Inter Milan star Lautaro Martinez insists he is not actively seeking a January move to Barcelona.

Martinez has been a star performer for Inter so far this season, scoring 15 goals across all competitions and spearheading their challenge for the Serie A title alongside Romelu Lukaku.

It has certainly been a breakthrough season for Martinez, who will not turn 23 until August, with the Argentina international’s eye-catching displays attracting attention from elsewhere, most notably Barcelona.

However, the Blaugrana may have to turn their attention away from Martinez, who has three-and-a-half years left to run on his contract with Inter, as he appears to be in no rush to leave the San Siro.

“The fact that they speak well of me means that I’m doing something right and the intention is to continue on this path. I’m calm, happy and at ease with Inter.”

Martinez will be looking to add to his tally of 10 Serie A goals for the season when the Nerazzurri head to the Stadio Via del Mare to take on relegation-threatened Lecce on Sunday.