Lazaro on verge of Magpies switch 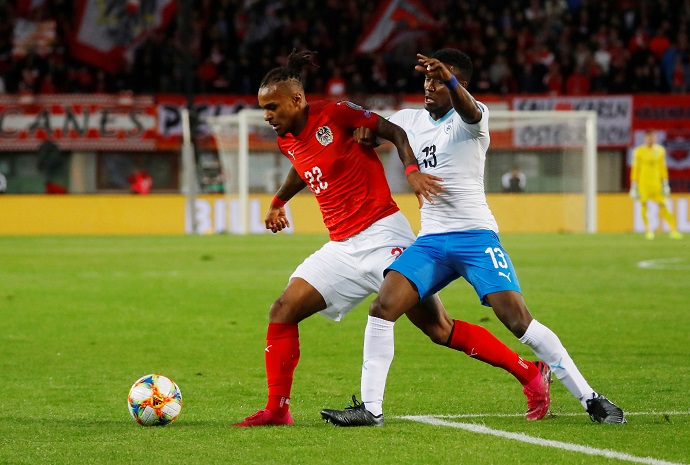 Inter midfielder Valentino Lazaro is close to joining Newcastle United although Bundesliga side RB Leipzig are still keen on the player.

Lazaro, 23, moved to the San Siro from Hertha Berlin in the summer of 2019 but has failed to establish himself in Antonio Conte’s plans.

The Austria international has made only six Serie A appearances, with three of those being starts, and he has yet to open his goalscoring account for the Italian giants.

The youngster has been on the bench for the majority of the campaign and it may well be that his time in Milan is coming to an end.

Newcastle boss Steve Brue is desperate for reinforcements during the winter window after seeing numerous members of his squad succumb to injury over the past few months.

Steve Bruce has now confirmed that #NUFC are in talks to sign Inter Milan winger Valentino Lazaro. The deal should be completed in the next few days pic.twitter.com/UiaxTRzo37

The Magpies picked up nine injuries during the busy festive period and it was confirmed on Monday that defenders Jetro Willems and Paul Dummett will miss the rest of the season.

Tuttomercatoweb.com are reporting that the Tynesiders are close to securing a deal for the youngster and have offered 2m euros for an initial loan, with an option to buy outright for 20m euros should all parties be in agreement at the end of the season.

The one stumbling block bight be Leipzig who, according to German outlet Bild, are refusing to back down in their pursuit of the Graz-born ace.

He is no stranger to German top-flight football, having enjoyed 58 Bundesliga outings for Hertha between 2017 and 2019, and Bruce told reporters on Monday that he “hopes” the players arrives.