Lazaro will return to Inter after Magpies loan – agent 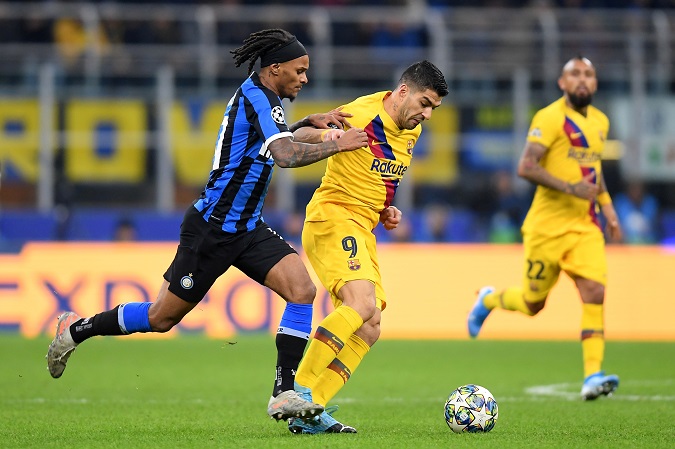 Winger Valentino Lazaro is keen to prove himself at Inter after his loan spell with Newcastle United ends, according to his agent.

Lazaro, 23, penned a six-month loan deal with the Magpies last week after making just three starts among six Serie A appearances for the San Siro giants this season.

The Graz-born midfielder made a name for himself at Hertha Berlin, scoring five goals from 57 Bundesliga outings before landing at Inter last summer.

However, he has yet to nail down a regular starting berth, with Tyneside boss Steve Bruce excitedto add a “quality player” to the ranks to help his depleted squad.

"The decision wasn’t easy and it wasn’t anything against RB Leipzig. It was to play in the Premier League." pic.twitter.com/ljFGfWBbXl

There is always talk of a loan move becoming permanent if the player excels in his new surroundings but Lazaro’s agent, Max Hagmayr, insists the wide man will head back to the Nerazzurri next term.

“The player’s first choice is to go back to Inter,” he told FCInterNews. “With more time available he wants to demonstrate that he can help the Nerazzurri to win the Scudetto.”

With so little game time during the first half of the campaign, there were rumours of a fall-out between the player and Inter chief Antonio Conte but that is not the case, according to Hagmayr.

“Their relationship is very good,” he added. “Valentino now wishes Inter the best for the rest of the season.”

Lazaro leaves a club embroiled in a battle with Juventus for the Italian top-flight title to join a Newcastle side exceeding expectations to sit 14th in the Premier league standings after 24 games.