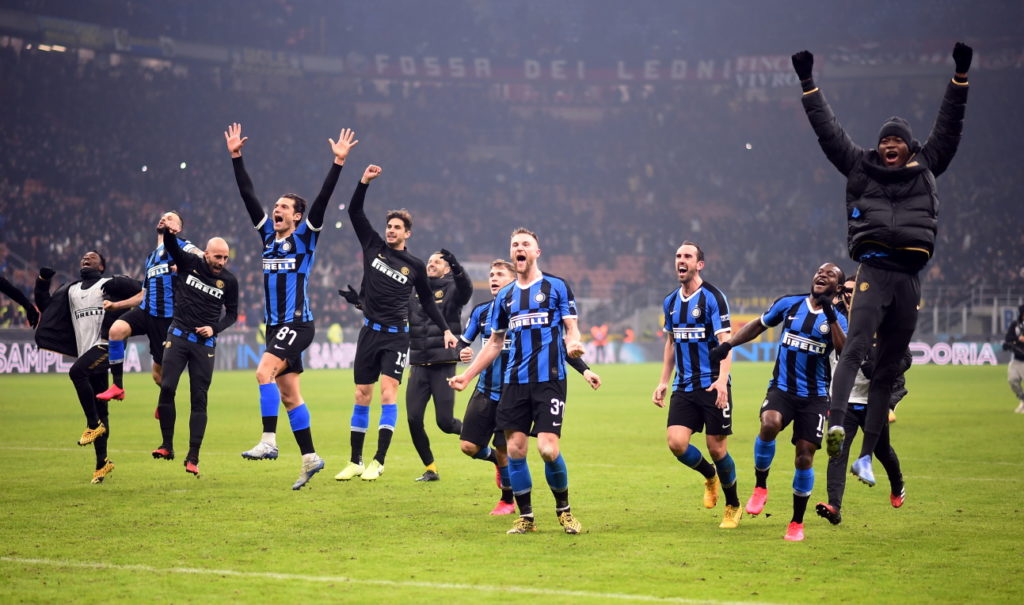 Romelu Lukaku hailed the winning mentality of the Inter Milan side as they came from behind to be AC Milan in Sunday's derby clash.

After Juventus slipped up at the weekend, suffering a shock defeat against Verona, the Nerazzurri knew that victory against their city rivals would take them top of Serie A.

However they nearly threw away the opportunity following a poor first 45 minutes that saw Milan race into a 2-0 lead thanks to goals from Zlatan Ibrahimovic and Ante Rebic,

Inter showed their never-say-die attitude after the break, and following some stern words from Antonio Conte, came out firing on all cylinders.

Goals from Marcelo Brozovic, Matias Vecino, Stefan de Vrij and Lukaku completed the fightback to take Conte’s men back top as the race for the Scudetto hots up.

Lukaku has now scored 17 goals this season and says both his and Inter’s winning mentality is there for all to see.

“We came out well after the interval. We completed the comeback and we’re delighted with the win,” he said. “I think that everyone has seen this team’s mentality, we never give up and we’re always looking to win.

“I’m here to win and my only aim is to help the team get results. I want to thank all of the fans, my team-mates, Mister [Antonio] Conte and all of his backroom staff for the support that they’re giving me.”

Inter next game in Serie A will provide another huge test when they travel to Lazio, who sit in third, just two points behind.