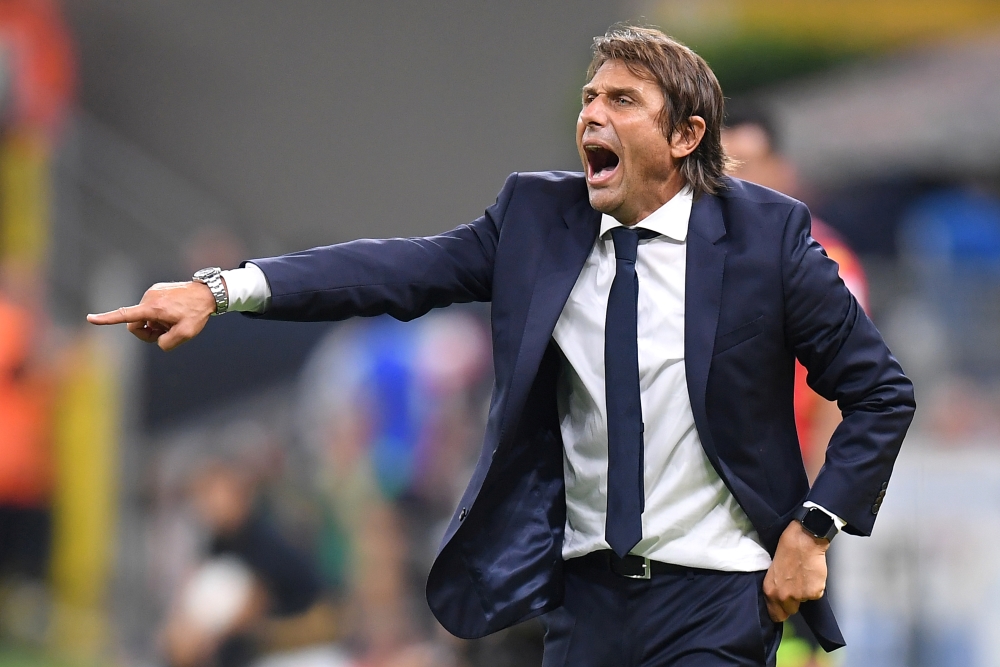 Manager Antonio Conte felt his Inter players showed naivety when allowing Lazio to come back from a goal down to win 2-1 on Sunday evening.

After Juventus had beaten Brescia 2-0 earlier in the day to leapfrog the Nerazzurri into top spot in the Serie A standings, the San Siro giants needed to respond but were beaten by the Biancocelesti as a penalty by Ciro Immobile and Sergej Milinkovic-Savic’s strike in the second period settled the affair.

Ashley Young had given the visitors the lead just before half-time but they could not hang on, with Lazio now two points ahead of Conte’s side and one behind Juve.

Ashley Young has scored his first goal as Inter Milan lead their Serie A hosts Lazio.

Conte was clearly frustrated after the match and, while praising his players’ effort, believes they should have dealt better with the two goals conceded.

“We tried, but I didn’t like the result including the way we gave away the two goals to Lazio,” he told Sky Italy. “We were very inexperienced on the goals, it is a game of details, and the players need to work on being better in those situations.”

The result now means that the Old Lady hold all the aces in the race for the Scudetto, with the Turin-based outfit gunning for a ninth consecutive Italian top-flight title.

Christian Eriksen was not introduced until the 77th minute but could do little to influence the result in Rome, with Conte suggesting that the former Tottenham man needs to “find equilibrium” in the team.

Inter are next in action on Thursday when they face Bulgarian side Ludogorets in the first leg of their Europa League last-32 tie.