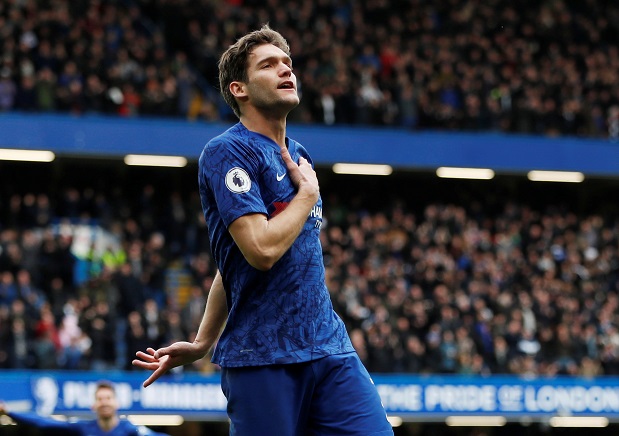 Inter Milan remain in the hunt to sign Chelsea defender Marcos Alonso and could be willing to meet the asking price during the summer transfer window.

It is no secret that the Nerazzurri are keen to bring in a new left-back during the close season, and a number of names have been thrown into the frame.

However, one name that keeps on coming back time and time again is that of Alonso, who Inter boss Antonio Conte knows very well from his time in charge of Chelsea.

He would like a reunion at the San Siro and is already reported to have failed with at least one attempt to get the former Real Madrid and Bolton Wanderers star on board.

It is claimed that Inter would not meet Chelsea’s 30million euros valuation during the January transfer window and that prevented a deal from going through.

However they appear to be more optimistic of getting the deal done when the window re-opens and could be ready to meet Chelsea’s asking price. There is also the possibility of negotiating an even better deal.

Either way Inter will step up efforts to finally get the deal over the line and plans are being put in place ahead of the window opening.

With Victor Moses and Cristiano Biraghi also set to leave Milan at the end of the season, it should give Inter more room to manoeuvre.

Alonso himself is thought to be open to returning to Serie A, where he starred for Fiorentina, and joining a club like Inter is sure to appeal.