Inter have work to do to bridge Juve gap says Conte 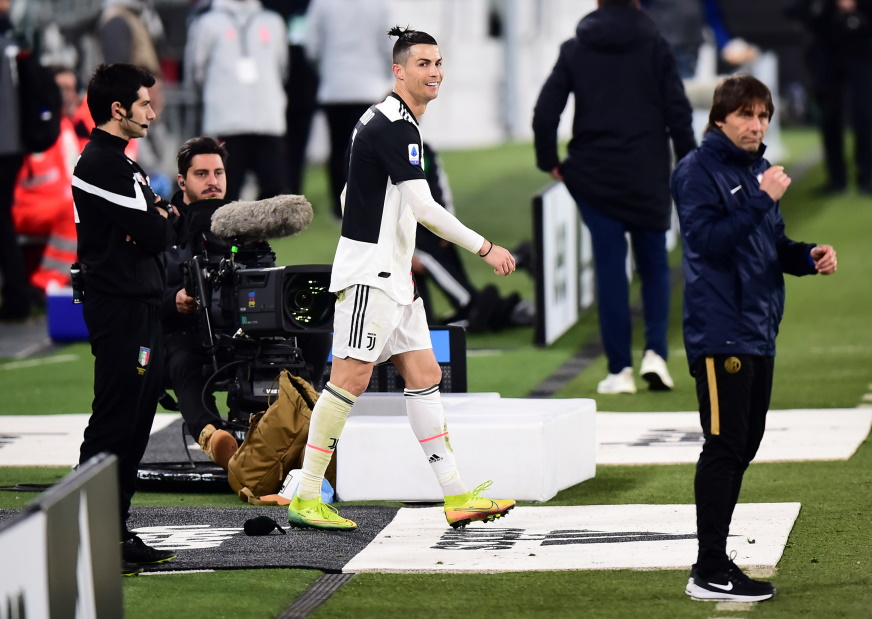 Antonio Conte says the gulf between Inter Milan and Juventus is there for all to see as the Bianconeri defeated his side 2-0 on Sunday.

The Nerazzurri got the season off to a flyer and it looked as though it would be a two-horse race between themselves and Juve for the Scudetto.

However Conte’s men have faltered in the second half of the campaign and following Sunday’s defeat in Turin they sit nine points behind the current Serie A champions.

As things stand, it is Lazio who look the most likely side to challenge Juve, and Conte says his side have a lot to learn after losing both games against Maurizio Sarri’s men this season.

It hurts now, but we learn from our defeats.

“We tried to stay in their slipstream, but must learn from defeat and take the lessons of comparison to grow in terms of character, quality and strength,” the former Chelsea boss said.

“It’s a loss that must help us to grow and understand how far away we are. It certainly shouldn’t make us distraught, as we knew there was a gap and we lost both meetings with them. The results speak clearly, they won two and we got zero points.

“We must grow in terms of character if we want to compete at the highest level. It’s also about characteristics, as there are players who are stronger in personality and others less so.

“We all need to do better in that sense and be more determined.”

Aaron Ramsey was the star of the show for Juve when scoring the first goal and then setting up the second for Paulo Dybala in an empty Allianz Stadium because of the coronavirus.