Buffon yet to decide on Juventus future says agent 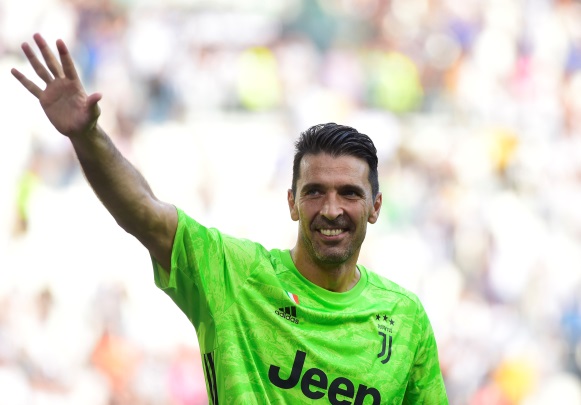 Gianluigi Buffon has yet to make a decision on his future and is unsure whether he will remain with Juventus beyond the end of the season.

The 42-year-old is a Juve legend and is back in Turin for a second spell after spending one season with Paris Saint-Germain, but there is a chance he could be on the move again in the summer.

Buffon appears to be happy acting as back-up to current Juve number one Wojciech Szczesny but a decision over where he will be next season has yet to be made according to his agent Silvano Martina.

“We have not addressed that issue yet,” Martina has been quoted as saying. “He will decide. He seems fine, but we haven’t talked about it.”

Buffon’s record with the Old Lady speaks for itself. He has made 667 appearances for the club, helping them win nine Scudetto’s since making his debut in 2001.

The former Italian international has also been named Serie A goalkeeper of the year on 12 occasions, but he cannot go on forever and it could soon be time to call time on his illustrious career.

There is also the option of playing on for at least one more season and remaining as number two at the Allianz Stadium, or finding a new club, one that could offer him regular first-team football for the remainder of his career.

Buffon will not be short of offers if he does opt to move on and carry on playing, but it looks as though all decisions are on hold until the summer.