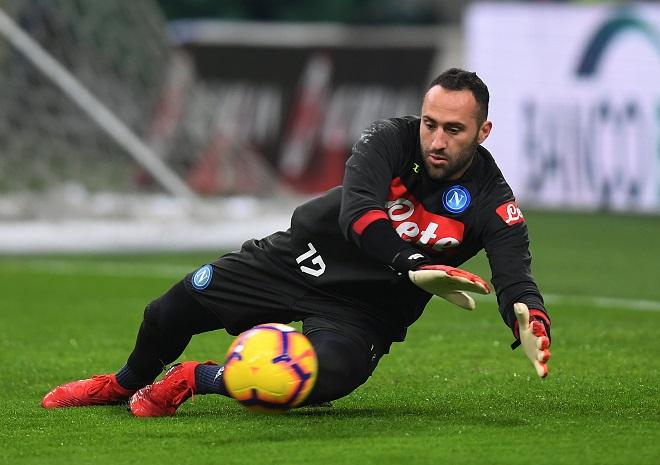 Napoli goalkeeper David Ospina believes his side can have have a positive end to the season despite hugely underachieving so far.

Going into the 2019-20 season, the Partenopei looked the most likely side to end Juventus’ domination of Serie A and win the title.

However, turmoil on and off the pitch has contributed to a diabolical season which has seen them fall way short of challenging.

Since taking over, the ex-Italy international has overseen three wins and five losses in hid eight Serie A games.

The Coppa Italia might prove to be the light at the end of the tunnel however, as Fabian Ruiz’s second-half goal was enough to defeat Inter Milan 1-0 at the San Siro in the first leg of the semi-final on Wednesday.

Speaking after the game, former Arsenal keeper Ospina says there is still a lot to play for going into the final stages of the season.

“It’s been a difficult season so far but there are still points up for grabs and plenty of games to play,” he said. “We have a lot of quality.”

As well as the Coppa Italia, Napoli could look to the Champions League as a beacon of hope.

They finished second behind Liverpool in the group stage and are one of just two sides to defeat them across all competitions this season after defeating them 2-0 at the Stadio San Paolo in September.

Barcelona are their opponents in the round of 16 with the first leg being at home on February 25.