McAllister refusing to panic and backs Rangers to respond 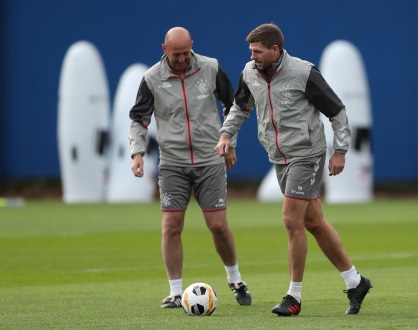 Gary McAllister admits there can be no more slip ups from Rangers if they are to end Celtic’s long title reign this season.

Rangers need to be “pretty perfect” for the rest of the season, according to McAllister, but Steven Gerrard’s right-hand man also insists there is no need for panic following Sunday’s shock 2-1 defeat to bottom club Hearts.

Rangers lost the edge in the title race gained in their Celtic Park win immediately before the winter break after squandering a lead to stay five points adrift of the champions with a game in hand.

The Gers assistant boss says an inquest into the defeat was held in the aftermath of the loss, and the players now know exactly what is expected of them.

“We need to be pretty perfect,” McAllister said. “We are well aware of that. We have a rough idea of the points tally that is required to be successful and there is very little wriggle room.”

Gerrard claimed his team were unrecognisable after Hearts recorded their third win of the league season.

📸 GALLERY: View the latest training gallery as the squad prepare for tomorrow's match at Ibrox.

And McAllister believes some more nous might have helped them hold on to the lead secured by Ryan Kent’s 47th-minute opener.

Speaking ahead of Wednesday’s visit of Ross County, the first in a trio of home games, McAllister said: “We had a good chat, went over a few things. The first thing is there’s no panic. We have been on a good run. I don’t think anyone saw it coming. As the manager said, we were pretty unrecognisable, we didn’t play and we didn’t compete.

“The players are well aware and the beauty is we have games coming up so we have not got a lot of time to dwell. We have got to push it to the backburner and move forward.”

The defeat followed a 1-0 home win over St Mirren and a 2-0 Scottish Cup victory over Stranraer which left Gerrard “bored”.

Meanwhile, midfielder Ryan Jack looks set to miss the visits of County, Aberdeen and Hibernian at least after going off injured at half-time at Tynecastle.

McAllister has confirmed it is a calf injury that will take 10 days to two weeks to recover from.