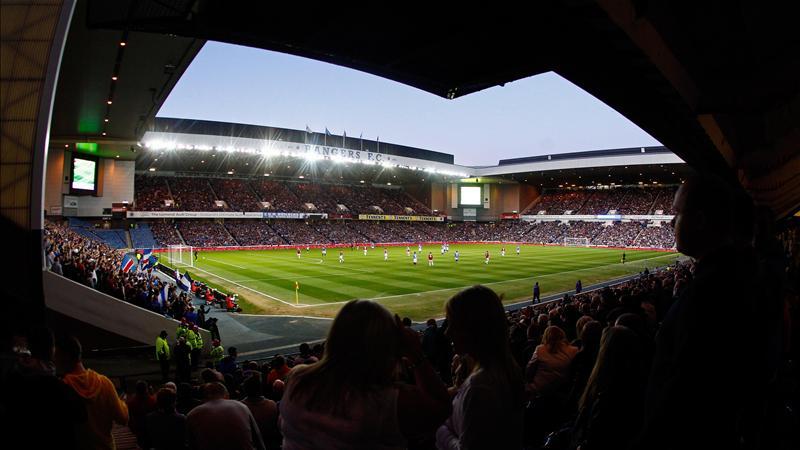 George Edmundson has admitted he breathed a sigh of relief after notching his first Rangers goal and claims his side not feeling the pressure of a title race.

Steven Gerrard’s team kept their title hopes alive with a 2-1 win over Jack Ross’ team on Wednesday night at Ibrox but had to fight back from being a goal down against the Edinburgh outfit.

And Edmundson admits he has to carry the can for the Hibs’ opening goal.

The former Oldham centre-back gave away a free-kick when he dived in on former Rangers defender Steven Whittaker and looked on in horror as Allan McGregor spilt Scott Allan’s delivery, gifting the opener to Paul Hanlon.

However, the 22-year-old did not let the blunder affect his display and atoned the mistake by rifling home the equaliser with the last kick of the first half.

Ibrox erupted with six minutes left when Ianis Hagi opened his own club account to seal a 2-1 win and ensure Gerrard’s men remained seven points behind Celtic with an extra game to play.

Edmundson was just glad he was not the Light Blues’ fall guy and admitted he was relieved to get Gers back on level terms.

“It felt good to get a start and top it off with a goal and a win was even better,” said Edmundson, after making just his second Premiership start since moving to Glasgow in the summer.

“It was good when my goal went in. I’d given a free-kick away for Hibs’ goal so I felt like I had to redeem myself – which I did,” he added.

Top performance from the lads to get the 3 points! A real honour to score my first goal for @RangersFC ⚽️🇬🇧 #WATP pic.twitter.com/aGqNMTVN2C

Celtic were threatening to disappear over the horizon in the title race as they romped to victory at Motherwell.

But Rangers are clinging on and Edmundson insists his team are ready to battle all the way during the championship run-in.

He said: “Getting the win was good. We can’t afford to draw or lose another game, so to get the win really good. I wouldn’t say we were feeling the pressure out there. I think we have shown that we can thrive under the pressure – and stand up and be counted.”

Rangers have a break from Premiership duty this weekend, as they make the short trip to Hamilton in the fifth round of the Scottish Cup.