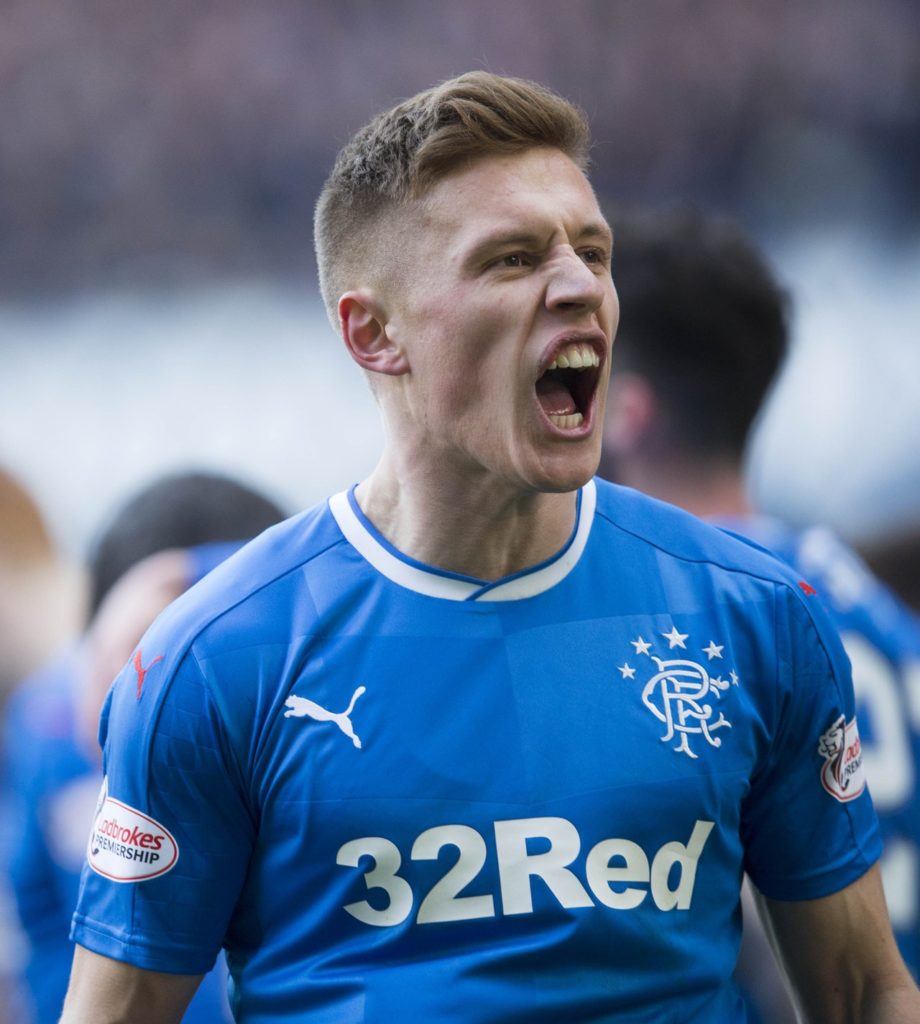 Greg Docherty is continuing to go from strength-to-strength during his loan spell at Hibernian, who look sure to pursue a permanent deal.

Hibs strengthened their grip on securing a top-six finish in the Ladbrokes Premiership with a vital 2-1 win at Kilmarnock, and their upsurge in form is partly down to the fact that Docherty has added a fresh dimension to their game.

That was evident again at the weekend as the midfielder cut inside from the left flank and curled a glorious right-footed shot from 20 yards out of the reach of Jan Koprivec and into the top corner.

The stunning strike from Docherty opened the scoring but that was soon cancelled out by Chris Burke’s equaliser. But on the stroke of half-time, Hibs restored their lead through Adam Jackson and the visitors withstood second half pressure to secure three precious points.

It was their first league win at Rugby Park since October 2017 and enabled Hibs to open a four-point lead over their opponents and move a point behind fifth-placed Livingston.

Speaking after the game Hibs head coach Jack Ross again spoke of the ‘real quality’ that Docherty has brought to his side since arriving on transfer deadline day.

The 23-year-old now has two goals in four appearances and Ross is hoping his run of form can continue.

“I knew I was getting a good player and we needed his type in the group and I am not disappointed one bit so far,” Ross said. “I think he’s enjoying his football and long may that level of performance continue.”

Ross has spoken of his desire to complete a permanent deal at the end of the loan, but for now all focus remains on seeing the season out before a decision is made.