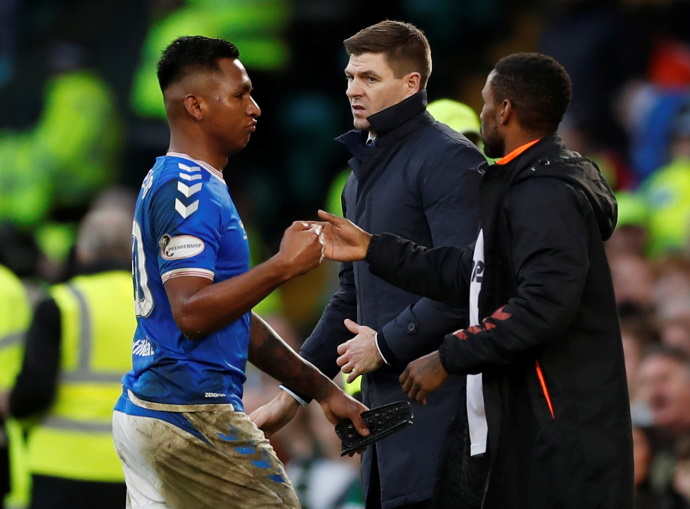 Steven Gerrard is hoping a positive result against Sporting Braga will be the spark that Rangers need to get their season going again.

Heading into the first leg of the Europa League last-32 clash, Braga are without doubt the form team in Portugal having won eight out of nine games under new boss Ruben Amorim.

Gerrard’s team, on the other hand, have suffered a worrying slip that has seen Celtic open up a 10-point lead at the top of the Premiership.

But the Rangers boss believes a win on Thursday could be the spark to reignite their campaign.

“I hope so,” he said. “If we can find that performance against a team at the level of Braga then I’m sure that would bring the belief back.

“I believe that we have found our best performances in Europe. It does seem that the tougher the challenge, the more we rise to it. Without a doubt we’re going to have to find a better level than we’ve managed of late.”

Meanwhile, Gerrard has warned Rangers to be on their best behaviour as his players come under the watchful eye of VAR for the first time.

In UEFA competitions, VAR can be used to correct calls relating to goals, incidents in the penalty box, red cards and mistaken identity, but only when the referee has made a “clear and obvious mistake” on the field. And Gerrard hopes his men will heed his warning and stay clear of such trouble.