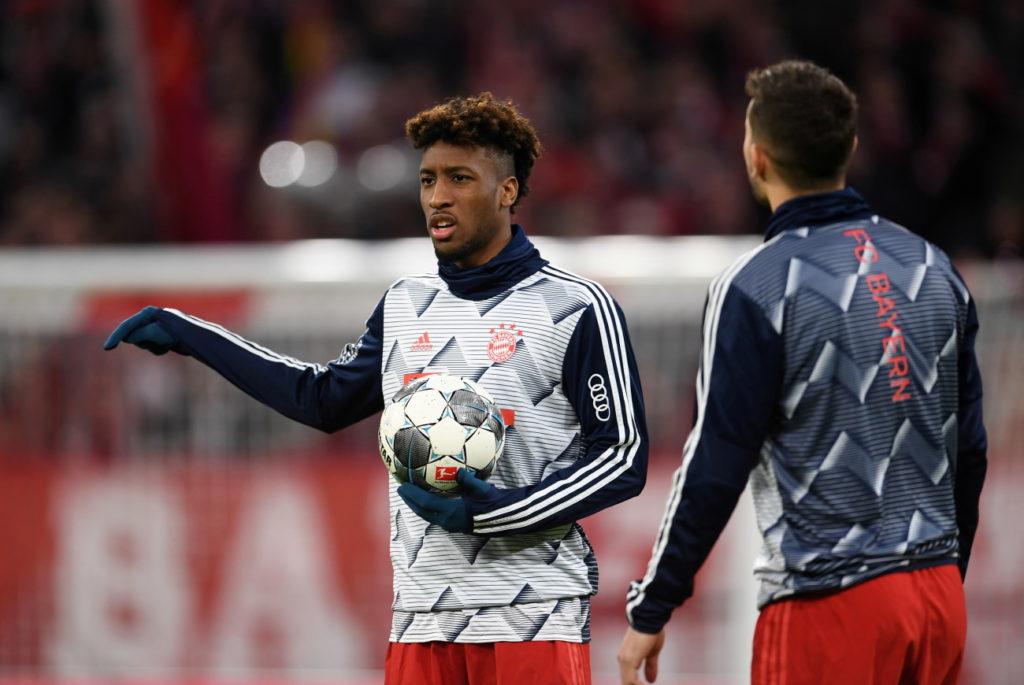 It was recently reported that the 23-year-old France international star, who has just returned to fitness from a two-month knee injury absence, had switched agents.

Coman’s father, Christian, who has been acting as his agent, hit out at claims that Colossal Sports Management would be taking care of the player’s affairs moving forward, claiming “I alone, through Style Management, am responsible for my son’s career”.

In addition to a reported switch in agencies, speculation heightened that Coman would also be looking to leave the Allianz Arena at the end of this current Bundesliga campaign.

However, Ward, from Colossal Sports Management, has broken his silence to state that he will not be looking to impinge on Coman’s relationship with his father and also stressed that he has not intimated a future move is on the cards.

Ward told Bild: “I am here to help Kingsley, not to interfere in his or his father’s affairs. As I understand it, he has no interest in leaving Bayern.”

It appears that Coman’s new agent will take care of marketing issues and not any transfer matters, which will continue to be taken care of by his father.

Coman has made over 140 appearances, scoring 29 goals since he moved to Bayern Munich on an initial loan spell from Italian giants Juventus in the summer of 2015.