Coutinho must do more to earn permanent Bayern move – Rummenigge 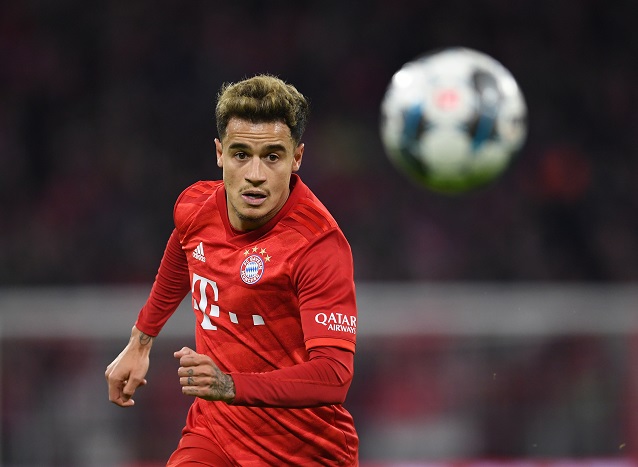 The Brazilian attacking midfielder joined the Bundesliga champions in August after a disappointing spell in Spain.

Hopes were high for the 27-year-old when he moved from Liverpool to Camp Nou for an initial fee in the region of £105million.

Yet he never truly established himself as a talismanic figure with the La Liga giants and despite a respectable tally of 21 goals in 76 matches across all competitions he was allowed to depart the club.

Bayern, unwilling to match Barcelona’s asking price for a permanent deal, arranged a loan deal for the playmaker where they would pay his wages in full as well as an €8.5million fee.

Coutinho has scored seven goals in 28 games in all competitions for Bayern this season, including a hat trick against Werder Bremen in a 6-1 thrashing in December.

However, Rummenigge is still yet to be convinced the player has a long-term future at the club, despite the player openly stating he would like to stay.

The Bayern chief believes his player needs to show more consistency to warrant the table-toppers exercising the reported €120m option to sign him permanently.

“Why is it [the transfer] not decisive? This is a difficult question,” Rummenigge told Sport Bild. “I think he played well in some games while in others he gave the impression of being a little inhibited.

“I don’t know why. The fact is that we all believe he is an exceptional footballer, we see him in training and sometimes during competitions. Now we have to hope that in the crucial weeks starting now, he will become an important factor in helping us win titles.”

Bayern are in great form under the guidance of interim coach Hans-Dieter Flick and their poor start to the season seems like a distant memory.

Friday’s late, dramatic 3-2 victory against Paderborn kept them top, though Leipzig continued to pile on the pressure with a 5-0 hammering of Schalke to ensure the gap remains just one point.