Villa star Grealish will be a Premier League player next season 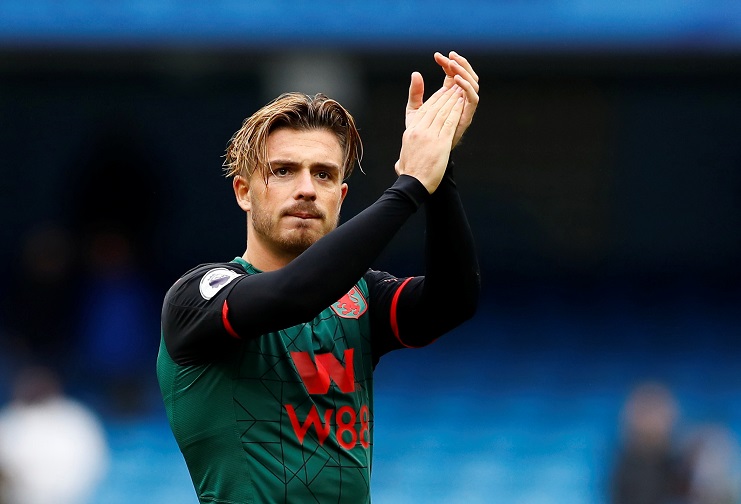 The clamour to land Aston Villa captain Jack Grealish appears to be growing and the next move could well define the midfielder’s career.

It seems far-fetched to imagine Grealish playing anywhere other than the Premier League next term if he does stay in England, with Villa highly unlikely to keep hold of their star man should they slip back into the Championship.

Of course, there could well be interest in the 24-year-old’s talents from abroad but staying in England and trying to push his claim for a role in Gareth Southgate’s Three Lions squad seems far more likely.

Grealish continues to be the standout player for his hometown club, with the Birmingham-born midfielder creating more chances than any other Englishman in the Premier League, while also bagging seven goals this term.

Villa are facing a real battle to avoid the drop back down to the Championship, failing to bring in the right players to feature around the talented Grealish, despite spending vast sums of money at Villa Park over the summer and January.

The West Midlands outfit would need to recoup a large amount of money if they were to drop down to the second tier and, sadly for Villa fans, Grealish could be one of the first out of the door.

Previously linked with a move to Tottenham a few seasons ago, it’s now the giants of Manchester who are thought to be clamouring for the playmaker’s services ahead of the summer window.

Reports in the north-west have suggested United have stepped up their efforts to land Grealish, with manager Ole Gunnar Solskjaer thought to be a big admirer of the Englishman.

The reports have also hinted that the player has a £45m release clause in his current deal with Villa that expires in the summer of 2023.

For a player of Grealish’s quality, that release clause, if in fact it is accurate, would be a bargain move for United or City.

The Citizens, with David Silva set to call time on his spell at the Etihad Stadium, could see Grealish as a suitable replacement for the Spanish magician with the club yet to fully trust their own homegrown talent in the form of Phil Foden.

Either way, it appears Grealish’s time Villa Park is drawing to an end and even if the club does manage to stay in the top flight for next season, the man himself might be ready for a new challenge with a different club to compete for silverware and international honours.