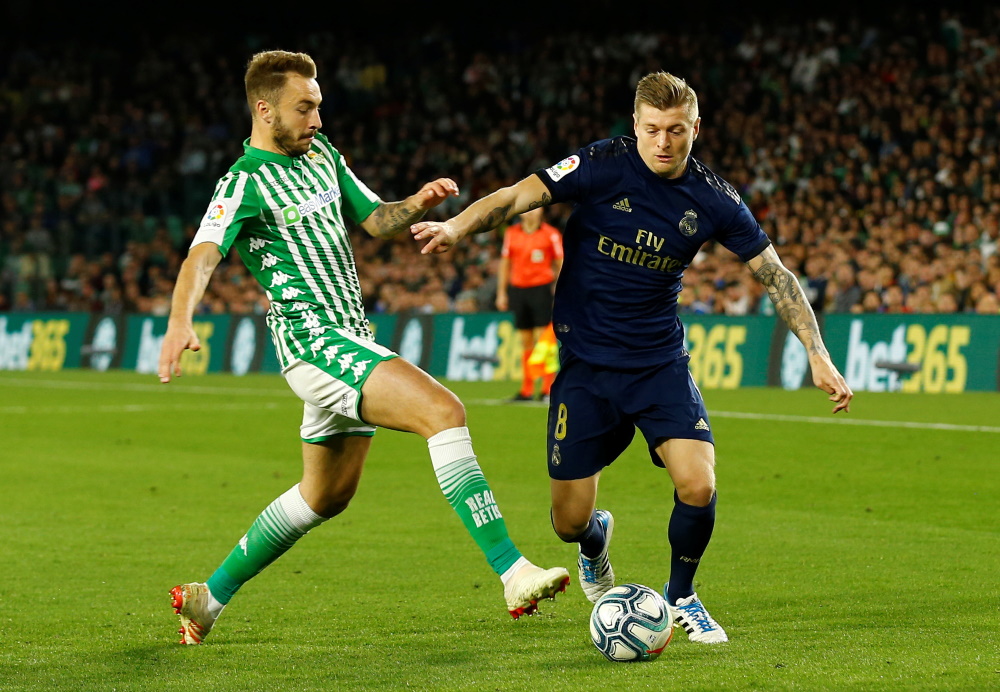 Bayern Munich are believed to have stepped up their efforts to bring Real Madrid midfielder Toni Kroos back to the Allianz Arena this summer.

The 30-year-old playmaker made the switch from the Bavarian giants back in 2014 and has since gone on to enjoy a successful spell in the Spanish capital, winning three Champions League trophies and a La Liga title.

Reports in Germany have suggested Bayern could look to bring the German World Cup winner back to the club, where he managed to win three Bundesliga titles and a Champions League before leaving for Madrid.

Kroos is thought to be somewhat unsettled at the Santiago Bernabeu, especially after he was dropped to the bench for Real’s Champions League last-16 first leg against Manchester City.

Los Blancos boss Zinedine Zidane decided not to use Kroos off the bench against Pep Guardiola’s side and the playmaker is thought to be ready to listen to offers from other clubs in the summer.

Bayern would be one of the frontrunners to land Kroos but they could well face competition for the player’s services, especially from the Premier League.

Previous reports have linked Kroos with a move to England, with the likes of Chelsea and Manchester United both being connected with the experienced midfielder.

However, any club in the Premier League would have to put serious work in to beat Bayern to Kroos’ signature if he does decide to leave the Santiago Bernabeu in the summer transfer window.