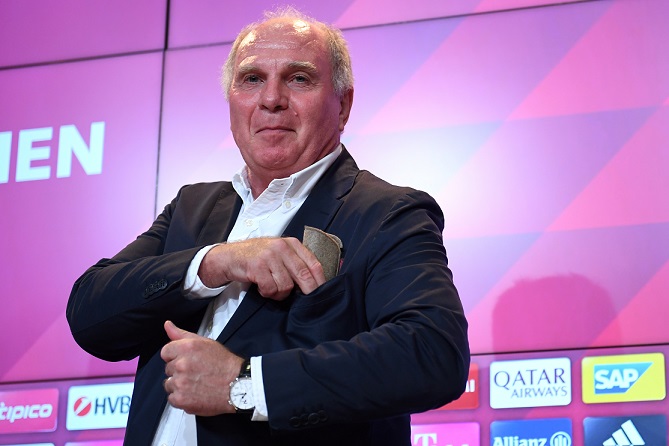 With everyone looking to take positives from the break, ex-Bayern Munich president Uli Hoeness says he expects big decisions to be made in the coming days.

With the COVID-19 outbreak seeing a break in the action on the field, the hiatus allows the Bayern hierarchy to get their house in order and make some important calls before the resumption of the season.

The futures of head coach Hansi Flick and big-name players at the Allianz Arena are up in the air and some big calls are being considered at the Bavarian giants.

Hoeness might no longer be part of the decision-making process at the Bundesliga frontrunners but he knows much about the inner-workings at the club and feels the next few weeks could decide Flick’s fate.

The interim boss has been given the job until the end of the season but he seems to have caught the imagination of the players and results on the field have backed that up.

Hoeness is himself a big admirer of Flick and feels the cogs are starting to turn at the Allianz Arena in a process that could see the interim coach land the role on a longer-term basis.

“I can’t say anything about that; the executive board [i.e. Karl-Heinz Rummenigge, Oliver Kahn, Hasan Salihamidzic] decides that for us,” Hoeness told SPORT1’s Dopplepass. “I think Hansi Flick has done a super job thus far. At some point, the board will approach the supervisory board with a proposal. That will certainly now happen sometime in the near future.”

Meanwhile, there are big decisions to be made regarding the direction of the playing squad, with a host of big names edging towards the end of their contracts.

Manuel Neuer, Jerome Boateng, David Alaba, Javi Martinez, Thiago Alcantara, and Thomas Muller will all see their contracts expire and some familiar faces could well be moved on to pastures new this summer.

Hoeness added: “We have four or five important players whose contracts expire next year. I know that talks are happening currently with all of them, and I hope very much that everything goes successfully.”

This process will be taking place up and down Germany and of course across the world with clubs looking to try and make the most with the time afforded to them by the current break.

Fortunes of players and managers could well be decided in the coming days so expect a potential flurry of new contracts at clubs across Europe in the next few weeks.

Clubs that sit on their hands now could well pay the price when the next transfer window opens; whenever that may be.