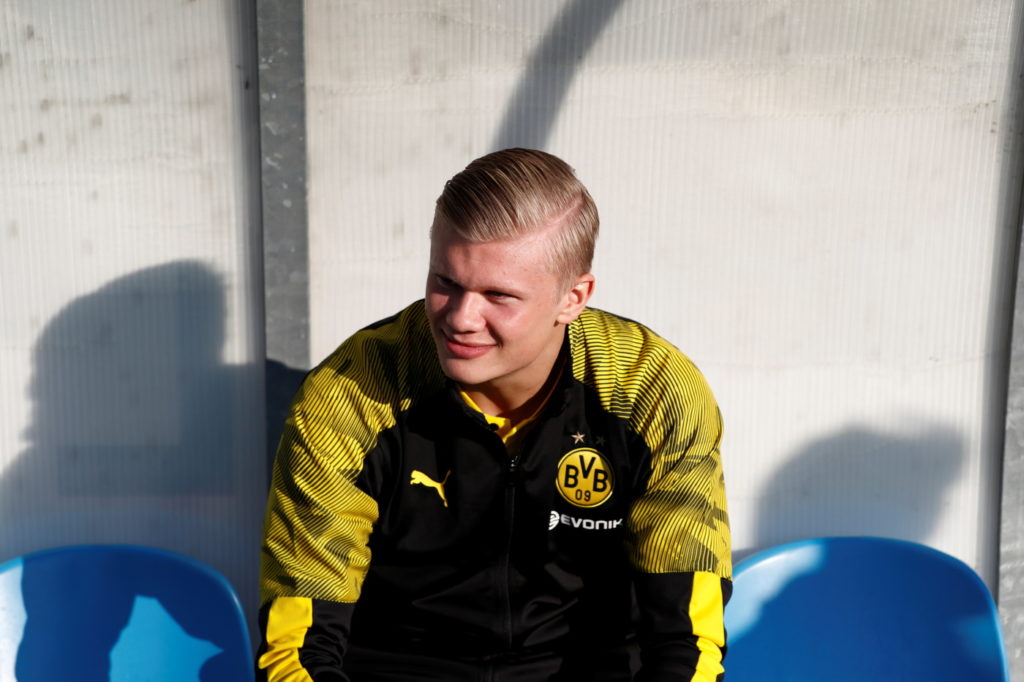 The Norway international has enjoyed a sensational season so far, having impressed at Red Bull Salzburg before making the high-profile switch to Dortmund.

A host of clubs across Europe were tracking Haaland during the January transfer window before his switch to BVB.

The likes of Manchester United and Real Madrid were linked with the 19-year-old striker and interest is expected to resume in the summer.

However, former Los Blancos star McManaman feels Haaland should continue his development for a couple more seasons in the Bundesliga before making the next step in his career.

McManaman said in his column for HorseRacing.Net: “It’s too soon for him to leave Borussia Dortmund. He seems to be happy and more importantly, he’s playing regularly and scoring goals.

“He should stay, he should play and he should get a couple of more years under his belt. He should move when he’s a more experienced player after playing 200 or so games for Dortmund and playing 20 to 30 games in the Champions League, which he should do.

“He can’t just go and jump ship and go to Real Madrid. You’ve seen what’s happened to Luka Jovic this season, he’s hardly kicked a ball for Real Madrid after having a wonderful season last year in Germany.”

It remains to be seen whether Real will test the water with Haaland in the summer, while the La Liga giants have also been linked with a high-profile move for Paris Saint-Germain star Kylian Mbappe.